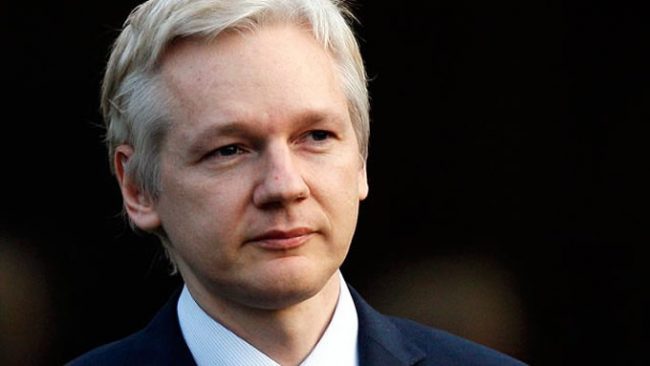 Assange had sought sanctuary for close to seven years in the Ecuadorian Embassy.

British police have wanted to arrest Assange because he skipped bail in August 2012. At the time, Assange was being investigated in Sweden for rape and sexual assault.

London’s Metropolitan Police reported the government of Ecuador withdrew their agreement of asylum which they have given Assange. They also added police officers were invited and permitted by the ambassador into the embassy.

Ruptly news shot video showing a disheveled Assange being carried by seven men from the building.

Assange was placed into a police van which was waiting. Assange screamed: “You all must resist. You can all resist. The United Kingdom must resist.”

Assange was transported to a local police station and is scheduled to appear in front of Westminster Magistrates’ Court authorities say as soon as possible.

WikiLeaks founder has always said if the embassy made him leave, he would have to face charges in the United States after being extradited.

In a tweet on Twitter, WikiLeaks said the political asylum of Assange had been “terminated illegally and is in violation of international law.”

WikiLeaks has claimed the Justice Department has been building a case surrounding the leaking of Democratic emails which were hacked by the Russians in the 2016 presidential election.

Michael Cohen, Trump’s former lawyer, and personal fixer said in Feb. 2019 in a hearing in front of Congress that Roger Stone, the former adviser to Trump’s campaign was speaking with Assange prior to WikiLeaks releasing emails they leaked obtained from the Democratic National Committee (DNC.)

Assange has maintained Russia did not leak the emails, despite the U.S. intelligence agencies concluding otherwise.