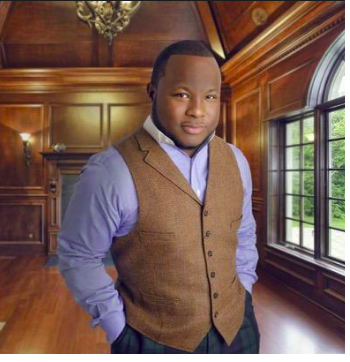 Pastor body shames a female member during his message. Apostle Travis Jennings leads The Harvest Tabernacle Church located in metro Atlanta with his wife Stephanie. For over a decade, according to the church’s website, Jennings has coached and motivated people to walk in health, wholeness, deliverance, and purpose with the ultimate goal of fulfilling destiny. His radical and revolutionary teaching style provokes and propels people to dream beyond their means, leap beyond their limitations, and achieve astounding acquisitions. Recently, he was slammed on social media for body shaming a female member.

While body shaming has been “alive and well” for quite some time, social media platforms such as Instagram, Twitter, Facebook, and Snapchat, have raised it to an all-time high. With millions of users signing on each day, social media platforms open the door for individuals and companies to share unrealistic expectations of an ideal body. Technology has made the focus on appearance easier and given way to a platform that invites body shaming and bullying more frequently. Now, it has crossed over into the church.

Body shaming comes in many forms. It is extremely damaging and the statistics are concerning. According to bullyingstatistics.org, 94 percent of women and 84 percent of men are affected by body shaming. Having body-image issues and being verbally attacked for the way you look can be incredibly damaging to mental health.

The author of “Fat and Faithful: Learning to Love Our Bodies, Our Neighbors, and Ourselves”, by Nicole Morgan, grew up “in the church” from the time she was born. But the church was actually the main reason for her body shame throughout her teenage and young adult years. This is what happened recently in a church where the pastor body shamed a woman in his congregation. Here is what Apostle Jennings said when he addressed his member:

You’re losing weight, I can tell that. But here is the thing – you wear the same clothes. So what you are going to have to do is get some intermediate clothes. Clothes that you can wear when you are losing weight and they will go down with you – like spandex. If you keep wearing big clothes with breast down to your belly button that ain’t going to work. So, number one – you need a good bra and two, you need some new clothes.

He concluded by saying to the congregation, “If you don’t like what I am saying you can leave now. This is my church!” This type of arrogance should never be tolerated.

The pastor has since apologized for not using better judgment. Ironically, even his apology came across to many viewers as an insecure handwritten speech. He even called up the two women he body shamed to “validate” his actions toward them. However, the women were so dogmatic in their defense for their “spiritual father” that it came off as staged. One of the women even called his critique, “prophetic coaching.”

However, it is not uncommon for anyone in an abusive situation to validate and make excuses for their abusers. If the victim makes an excuse and minimizes the behavior then he or she doesn’t have to deal with the truth. It is called traumatic bonding which is aligned with Stockholm syndrome.

This occurs when an incongruous bond developed between captive and captor. The human mind is designed to incorporate and rationalize external forces acting on us as part of a status quo. When those actions include abuse, the brain rationalizes that however it can; the abused comes to believe they deserve it somehow, that it is their fault, that if they were just better somehow they would not get hit, screamed at or even shamed publicly.

Toxic leaders are a distinct minority of Christian leaders. But they get away with their behavior for years because they often have a charismatic and charming personality. Charming like a snake. Pastor Jennings was slammed for body shaming female members. He may very well be a great leader, but this type of behavior is without question … toxic!

UNILAD: Body Shaming In 2018 Is Completely Out Of Control
Encyclopedia Britannica: Stockholm syndrome
Harvest Tabernacle Church: About Us