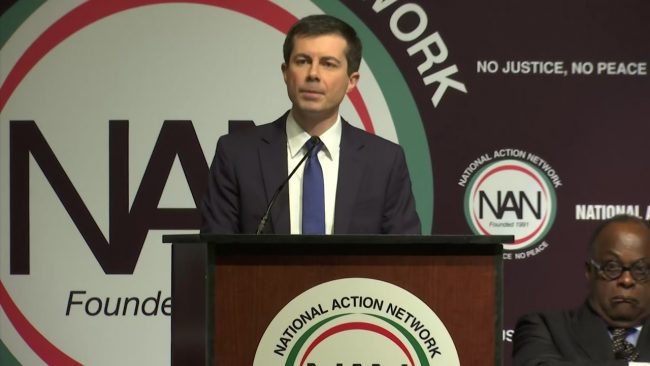 On April 29, 2019, Mayor of South Bend, Indiana Pete Buttigieg one of the 2020 Democratic presidential candidate nominees will be visiting New York and will be hosted by Reverand Al Sharpton to lunch at Harlem’s famed Sylvia’s Restaurant.

It is not unusual for Sharpton to host political leaders at the soul food restaurant Sylvia’s, which is located in Harlem. Earlier in 2019, he brought Senator Kamala Harris, and in 2007, former President Obama.

Buttigieg has seen his numbers rise in the polls, but they remain low within the African American community.

Sharpton and Buttigieg are expected to discuss not only homophobia, as Buttigieg is openly gay,  but they will also the policy the mayor implemented for the African American community in Indiana and around the entire country.