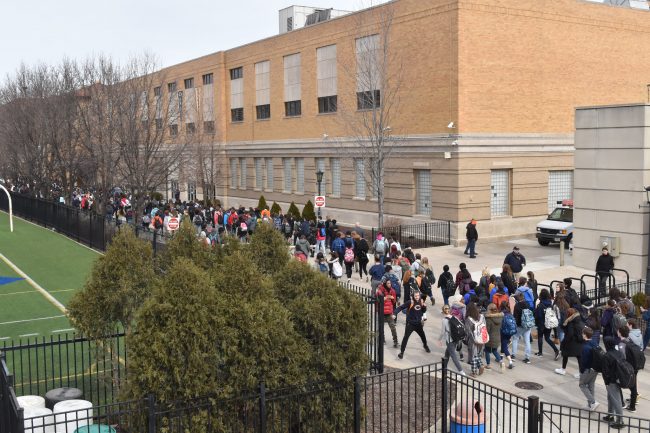 On April 30, 2019, students at Homewood-Flossmoor High School, in Flossmoor, Illinois a suburb of Chicago, took part in a walkout. The walkout all started after a social media post showing student in blackface, that took place on April 29.

The social media post shows four Homewood-Flossmoor High School student in blackface, stopping at Mcdonald’s drive-thru making disparaging remarks about the African-American race. The teenagers posted the video on Instagram in order to be seen and have it go viral. However, once they started receiving negative comments on the post, they took it down.

The four Flossmoor students say that they did not have any intention of harming anyone, they were just joking around and having fun. However, because of this incident, the mayors of both Homewood and Flossmoor (the two towns that make up the school) are getting involved, saying the diversity of these communities should be respected, and age does not matter because that type of behavior will not be condoned.

Although the blackface incident did not happen on school grounds, they are still facing punishment at their school, because of the walkout. According to ”The Chicago Tribune”, administrators say that ”this type of behavior is contrary to our expectation and is being addressed quickly and appropriately, and this type of behavior will not be tolerated.”

The purpose of the walkout was for students to make sure this never happens again. Students who attend Homewood-Flossmoor HS say that they feel offended by the video and find it culturally insensitive. Administrators will not say if or how the students will be disciplined.  However, with the walkout, students are demanding that the four boys who were involved in the video be punished.