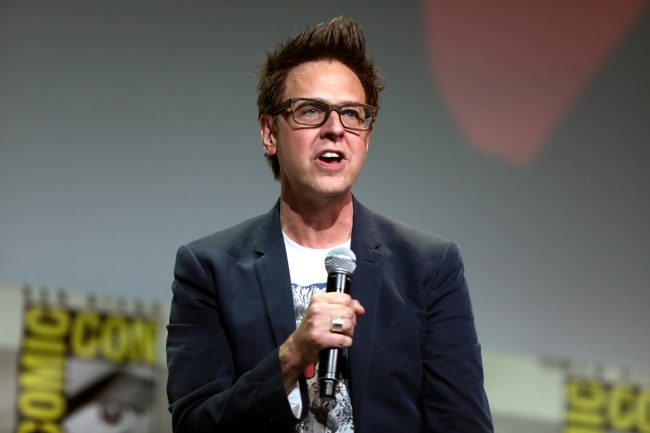 In July 2018, news broke that James Gunn was being fired by Disney, after a series of tweets from about 10 years earlier had been uncovered and publicized by conservatives looking to rile people up. The tweets in question were certainly offensive, but over the years the director has proven that he has changed and grown. However, as part of his effort to show his continued growth, he had chosen to leave the tweets up as a way to show how he had matured over the years.

The problem is that the backlash against Gunn was so severe that it lead to his work relationship with Disney being terminated. This meant that he would not be back to direct “Guardians of the Galaxy Vol. 3,” which fans know is a passion project for James Gunn. After all, he not only co-wrote and directed the first “Guardians of the Galaxy” but he also wrote and directed the second film as well.

However, the past year has been a redemption of sorts for Gunn, who not only was hired by the DCEU to work on their “Suicide Squad” sequel (which some are calling a soft reboot), but he has now been rehired by Disney to once again direct the third “Guardians” movie. In light of everything that has happened, James Gunn has decided to open up about what it felt like to be fired by Disney in a new interview with “Deadline.”

In the interview, Gunn explained that the first day after the firing was, “the most intense of my entire life.” According to the director, “it happened, and suddenly it seemed like everything was gone.”

Considering how much work James Gunn has put in to the MCU, and everything he did to bring the “Guardians of the Galaxy” to life, it certainly makes sense that he would feel this way. After all, much of his career was tied up in the franchise. Which is why he also shared that, “it felt as if my career was over.”

However, while he may have initially felt this way, Gunn pointed to the outpouring of support that he received from people like the cast of the “Guardians of the Galaxy,” to his agents and his girlfriend, as being the thing that helped him get back on his feet. The love he said he felt was immense and overwhelming, but it also helped to show him that his career was not, in fact, over.

Soon after the news of Disney letting go of James Gunn broke, the DCEU stepped in and offered the director the opportunity to work with them. After his success with the “Guardians” team up, it made sense to have him potentially work on the “Suicide Squad,” and he chose to take on the challenge. Not only is he directing the DCEU project, but as “Entertainment Weekly” pointed out he will also be writing the script. According to Gunn, the script for “Suicide Squad,” was one that “instantly started flowing.”

With his career on the mend and fans still hoping for Disney to change their minds, word came in March of 2019 that James Gunn would be reinstated as the director of the third “Guardians of the Galaxy,” which means that the man who started the story will be able to complete the journey with the characters. This includes Rocket the raccoon, which was perhaps the saddest moment for Gunn, realizing he would not be able to finish the character’s story and journey with him. Now that sadness is no longer necessary as James Gunn’s redemption is here and he can complete the story he began in 2014 with the very first “Guardians” movie.

Deadline – ‘Guardians of the Galaxy’ Director James Gunn Breaks Silence On High-Profile Disney Firing, & What He Learned From The Career Crisis That Followed
Entertainment Weekly – James Gunn says he thought career ‘was over’ after Disney firing