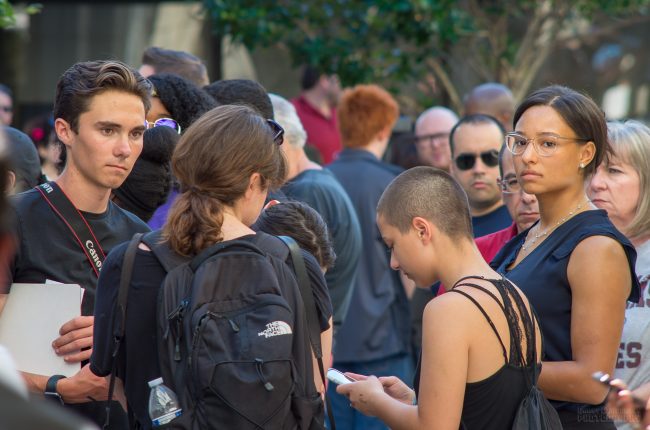 Madonna released her latest song from her upcoming album, “Madame X” set to drop on June 14 entitled “I Rise.”

Madonna capitalizing on the hot topic of the increase of American gun violence uses a sample of Stoneman Douglas High School shooting survivor Emma González. González has not commented regarding whether she wanted her voice to be sampled into the song, nor has Madonna said she asked for permission.

Despite, sampling González who has become an outspoken advocate for gun control, Madonna has not mentioned that her latest song pertains to the topic the woman she sampled is so passionate about.

It is common to sample famous speeches in songs such as Martin Luther King Jr.’s “I Have A Dream Speech,” which has a copyright on it. It is unclear if proper clearance was obtained for the speech Madonna used from González. TMZ Reported on Sept. 2018, that she did indeed file paperwork to trademark the lines Madonna used in her song.

Madonna’s first song Madonna ft. Maluma – ‘Medellín’ fell off the iTunes Charts, and did not hit any major mainstream Billboard charts. She recently spent $5 Million of her own money for her performance on the Billboard Awards show, appearing on stage with holograms of herself.

González has remained silent and has not commented on any of her social media sources regarding Madonna using her voice in her song.