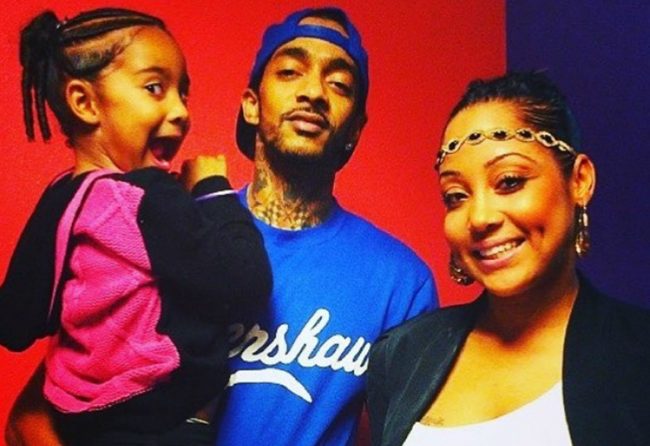 Recently, Samantha Smith, Nipsey Hussle‘s sister, filed paperwork with the courts to become the temporary guardian of Hussle’s daughter Emani, 10 years old who he had with Tanisha Asghedom.

Samiel Asghedom aka Blacc Sam, the brother of Hussle has now joined the fight to gain custody of Emani.

Blacc Sam filed paperwork with the courts backing Smith’s request to become the guardian of Emani.

Fans do not know how to react to the fight for the little girl.

One supporter said “If Tanisha needed to be told all of this was happening, then her rights have not been completely taken away. Just because Emani lived with Hussle does not mean Tanisha did not have visitation rights. It takes an awful lot to have a parents rights terminated. We do not know everything about the entire custody situations.”

Another said “Hussle took his daughter to her school every day, and he was the one who had custody. Emani only lived with Hussle. Where has Tanisha been all this time?”

Another said “Hussle only had Emani on weekends for visitation, and Tanisha had the majority of custody. Which makes is shared custody. This is a fight to take her away from her mother. No matter what Hussle’s family thinks about Tanisha, Hussle would have wanted them to help her. Hussle had all the money and a stable house, and he did not take custody away. He was not that kind of person, so why would his sister want to do that after he died?”