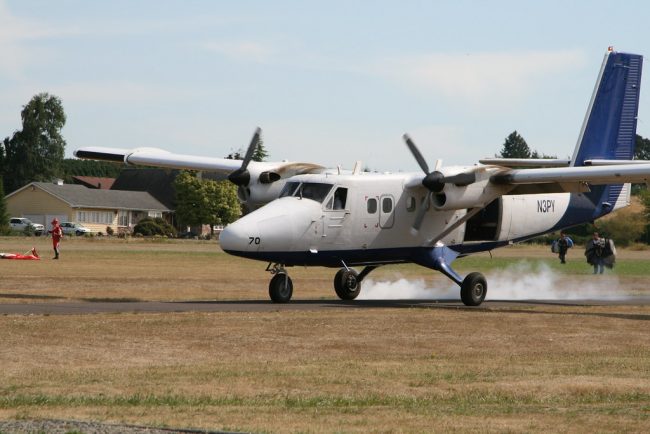 Joel Post from the Longmont police said on May 15, 2019, that there was a skydiving accident on May 11 leading to the death of a man from Littleton, Colorado. This was the second death while skydiving this year from the same area.

Post said the accident happened at 10:00 am MT. Timothy DeTine was skydiving and landed in the old Amgen parking area on the south side of Vance Brand Municipal Airport. He said DeTine was transported to the hospital where he was pronounced dead.

According to Legacy.com DeTine was the chief financial officer and president at Royal Crest Dairy in Colorado.

The obituary said that DeTine was devoted to his two children and wife. He was generous and loyal to his friends and siblings.

Longmont’s Mile-Hi Skydiving in Longmont did not respond to the Denver Post asking for a comment. It has not been verified DeTine used Mile-Hi. However, this company is the only one operating from Vance Brand Municipal Airport.

In October 2018, Logan Polyfus died while skydiving in Longmont.