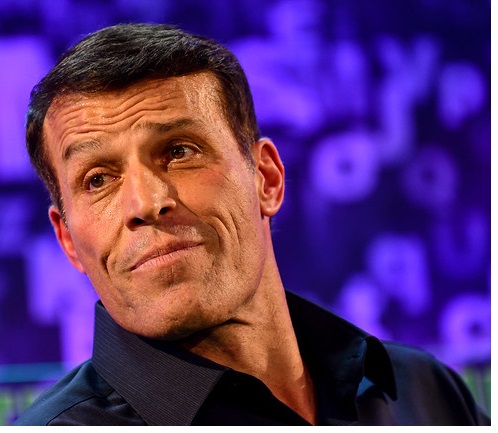 A video surfaced of Life Coach Tony Robbins repeatedly using the N-word. Attorneys for the self-help guru have strongly denied that Robbins was racist or racially insensitive.  Instead, they claim the excerpts from the video shows the presentation was “positive and was accepted in the context in which it was conducted: a passionate discussion about racism and how to rise above it.” However, others say there is no context acceptable and have slammed him for using the N-word.

Robbins is the world’s most famous self-help coach, and he claims to have helped millions of fans overcome their darkest difficulties while building a multibillion-dollar business and working with celebrities including Oprah, Serena Williams, the Kardashians, Donald Trump, and Bill Clinton. He has spoken openly about his use of “taboo language,” humor, and other shock tactics to try to shake fans out of emotional stagnation — often swearing and talking graphically about sex. When speaking of his work, Robbins had this to say:

The very heart of my life’s work is empowering others to find the TRUTH that sets them free — the honesty and authenticity to breakthrough and expand. For more than 40 years I’ve encouraged people to seek the tools of transformation to grow into the men and women they dream to be in order to live the fulfilling lives they envision for their highest self. Through the course of my career, more than 50 million people have utilized my teachings — this includes more than 4 million people who have attended live events in-person. My record is nearly a half-century-long. I stand on that.

Regardless of the motive, the word is off limits to “outside” races strictly by its history and the weight it carries. The only time a white person can say the N-word is if they are ready to deal with the consequence that follows. The N-word found its home inside the hearts of slave transporters and owners who used it to deliberately isolate and subconsciously ingrain inferiority, hoping to further break the black community down psychologically while holding “us” in physical captivity.

At the time, the motivational speaker seemed to think it was acceptable and is now being slammed for using the N-word. The video shows a young Robbins making a presentation to a small crowd in the 1980s, and describing an “intense” encounter with what he called a predominantly “militant black” audience at a previous event. Robbins then told the whole audience to “just do what I do just for a minute if you really want to be free and if you want to have some fun.” He proceeded to perform a dance in front of the crowd while chanting:

The use of the N-word intra-racially is more acceptable than when the slur is hurled from outside. Although the N-word is used by the Black community in a more race-neutral manner within popular culture, its usage among other races immersed in the Black culture is frowned upon. Furthermore, it has been determined that many Whites harbor implicit anti-Black biases, and such biases predict racial hostility and the use of racial epithets.

Furthermore, despite high rates of Black usage of the N-word and high rates of implicit anti-Black biases among Blacks, a law of intra-racial hate crimes among Blacks predicated upon their usage of the N-word would be fruitless. This is because the N-word has a different connotation when used intra-racially among Blacks than when directed at Blacks by Whites. Face it, the N-word has been used as a strongly negative term of contempt for a Black person since at least the 18th century. Today it remains one of the most racially offensive words in the language. As a result, Tony Robbins is being slammed for his use of the N-word.