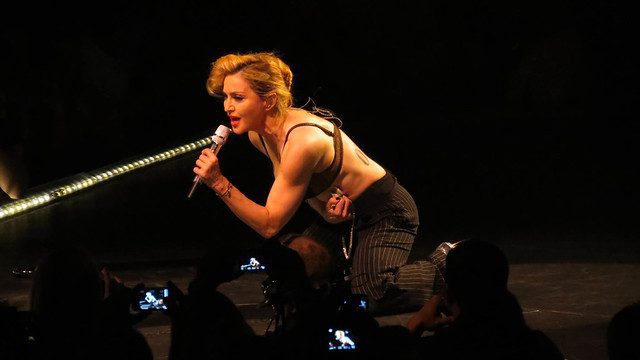 Sixty-year-old Madonna’s recent release of “Madame X” and “Western Stars” by sixty-nine-year-old Bruce Springsteen have been in a fight for the number one spot on the top 100 albums on iTunes.

Madonna opened at the number one but by 6:00 pm est on June 15, 2019, Bruce Springsteen took the coveted spot on both iTunes and Amazon.com.

Madonna shot to the number one spot due to ticket bundling. Fans who bought tickets to her concerts were given a free download of the album, which helped propel it to the top of the charts.

However, once the hardcore fan base downloaded their copy, there were not enough mainstream listeners to keep it there for more than 24 hours.

“Madame X” was billed to be Madonna’s big comeback album. The first five singles, which was released a month before the album drop, all failed.

Madonna fans will not care and will like anything their “Queen” releases. However, it appears that the mainstream audience feels differently.

Both Madonna and her record company cannot be pleased with the results of her latest project.