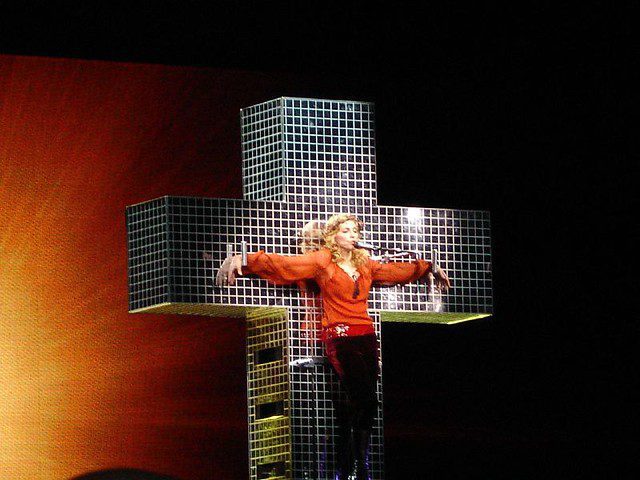 On June 14, 2019, Madonna’s new album debuted on iTunes and Amazon’s charts at number 1 due to ticket bundling.

Every person who bought a ticket to one of Madonna’s concerts received as a gift a free download of the Material Girl’s new album. The RIAA considers the free downloads as a sale for the album.

This is not the first time Madonna has done this to ensure a number one for her new music. By the second week of the release, sales dropped at least 80 percent, and most of the times more.

“Madame X” is one of the worst releases from Madonna. There are no ‘catchy pop tunes’ and is based in politics. Madonna sings politically based songs about both the left and right, not to offend anybody, wanting to please all the listeners, which achieves nothing.

When Madonna sang songs related to sex, she was considered defiant. Her defiance always spoke in her songs, and nobody did it better.

During that musical period of her like Madonna was not a mother like she is today of six children. Four of her children are minors under 13 years old, who presumably would sing to their mother’s songs.

Now that she is at a different phase of her life and has children,  Madonna’s defiance has been replaced by platitude. Unfortunately, she does not do platitude well.

The material on “Madame X” is not lyrically cohesive. The songs are sloppy. Many of them have odd digressions.

One example of this is her song “The Nutcracker Suite.”  The music stops and starts for no reason.

Madonna’s Wikipedia, which was probably written by her promotional team states the singer wanted to make her new songs sound like the classic  Queen tune “Bohemian Rhapsody.”

Unlike the legendary Freddie Mercury, the Material Girl does not compose her own material. She also does not write her songs without collaboration, and it is also unknown if she writes her lyrics without assistance.

On her past classic hits, Madonna would work with top rate songwriters, who wrote the song and she would tweak it, to make it more her own.  That is precisely how the birth of “Vogue,” “Like A Virgin,” and “Like A Prayer” happened.

However, at this point in her career, Madonna refuses to collaborate with top rate collaborators and only will work with Mirwais whom she worked with during the period of her career where she was not making hits.

Fans who stated after Madonna released five flopped singles that sunk on the iTunes Chart which she released in a little over a month before the drop of  “Madame X” are now screaming “Long Live The Queen” after the album has charted.

These blind followers are going to have a rude awakening, and will probably scream ageism if the album sinks like a stone. But then again, they would like anything that she does.  However, the mainstream audience outside of her cult-like fan base, are stating otherwise.

Showbiz411: Madonna’s “Madame X” Album Number 1 on iTunes Thanks to Ticket Bundling– For Now, Until Fans Try to Figure It Out