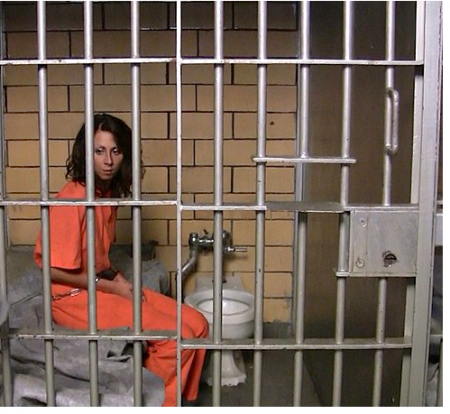 Female “voice of God” makes history by bringing hope to thousands of hurting and incarcerated women. Until recently, audio Bibles utilized the sound of a male. When many think of the voice of God and who it might sound like, they opt for actor Morgan Freeman. He has been called the best voice man/narrator in the business so it should come as no surprise that Freeman even played God in the film “Bruce Almighty” and its sequel. Although this works well in the entertainment industry it does not have the same effect on women who have been traumatized at the hands of a man.

Ann White, a survivor of childhood abuse, has taken the lead on this new venture. She leads Courage for Life; an organization which was created to serve at-risk and incarcerated women. White has found that many of the women she encounters have experienced some sort of trauma at the hands of a male. As a survivor, she understands firsthand the role gender-specific programs play in helping at-risk women heal from trauma, mental health issues, and substance abuse. When speaking of the decision to create a female-voiced audio Bible, White said:

When Jesus ascended to the right of the Father, He left us with two things: The Holy Spirit, and the Word of God. We want to immerse these women in God’s Word and allow them to meditate on it.

Often, the abuse was in their teenage years, and it is trauma they are still holding onto. Sometimes, simply hearing a man’s voice is a subconscious trigger. That’s why it is important to use gender-specific treatment.

For incarcerated women, access to an audio Bible is groundbreaking, as many of them have a low literacy level and are intimidated by a physical Bible. We’re providing them with the Bible in a format where they can best receive it,” she said. “A female voice is going to bring hope and healing even more than that male voice would possibly bring.”

While this theory might be acceptable when dealing with psychology or other forms of treatment, it is not as generalized with the Bible. The concept of the Bible sounding like a female has not come without the typical criticism of an “adjustment” to anything viewed “holy.” Does God’s voice sound like an innocent child? Or does it sound like a cacophony of whispers? Or does it sound deep and mature, like Morgan Freeman? Is it gentle and soft or firm and demanding? Does God have an accent? Or, could all of these be true?

While the female “voice of God” is bringing healing to hurting women who have been victimized by a male encounter, it is also been a tool for men. Oftentimes, men been abused and/or come from fatherless homes, and a woman in their life has been very Instrumental in their upbringing. It may have been a grandmother, sister or aunt that raised them or been the first person to every share the good news of Christ.

The female audio Bible is not the only tool created to help traumatized women. Courage for Life, under White’s leadership, also plans to share other materials with these ladies in hope of initiating a relationship with Jesus while working through past hurts. Reportedly, women are already experiencing changed lives.

For years, White has carried a burden for those who need to hear God’s Word and are suffering due to circumstances beyond their control. Having personally experienced God’s grace, salvation, and the life-changing power of His Word, her desire is to extend this same love, mercy, and encouragement to others, so they too may be reconciled to God.

State prison systems in Georgia and Missouri have agreed to make the Courage for Life Bible app available on more than 80,000 prison-provided tablets. The group has already completed the New Testament and is currently working on the Old Testament. The female “voice of God” is set to transform lives across the world.