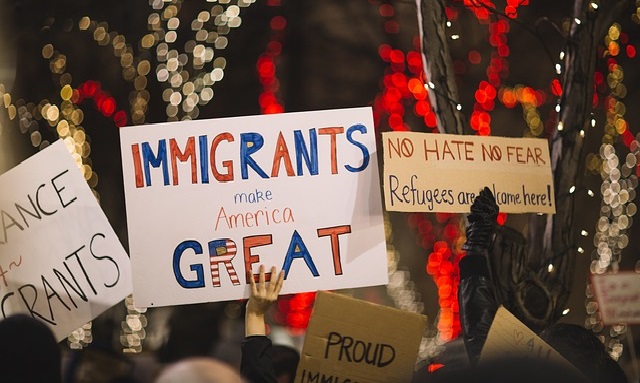 On August 21, the current administration announced two aggressive anti-immigrant initiatives for a “supposed” Christian nation. One was a new regulation that would, if not overturned, allow the government to imprison undocumented parents and their children indefinitely. It would also support the government’s initiative to hold children in even more wretched conditions than it does now.

The other initiative is Trump’s announcement that he is “looking very, very seriously” at ending “birthright citizenship.” This would jeopardize any infants born in this country to non-citizen mothers. They, in fact, would not be citizens. Instead, they would effectively be regarded as “illegals” and upon birth be subject to incarceration and deportation. This saga describes the country’s immigration crisis and an irrational Christian nation at odds.

The irony of all of this is how passionately Evangelicals have fought the abortion war only to support locking kids up in cages. It is as if they are claiming to believe that every child has a right to life and then to be ripped from its mother’s arms by ICE and locked up in a secret child detention center. Why? Because children are gifts from the Lord and helpless pawns for politicians to use as leverage to force the Democrats to build the border wall.

Truth is, some foreigners have entered the country illegally, and others, with permission, in order to bring harm to this great nation.  However, many immigrants have come seeking the same thing citizens want…the American dream.

People of all colors, nationalities, religious beliefs and ethnicity, no matter their social standings are dreaming of a better life. Socialism is a problem in America that is not going anywhere fast. However, without change, people will do whatever they deem necessary to survive. It seems the country is hemorrhaging as a nation and a collapse is imminent. The reality is, peril will always surround America, and the borders could stand enhancement. However, many immigrants simply yearn for the opportunities of citizens who have secured life in the Promised Land. They seek the same thing as Americans. 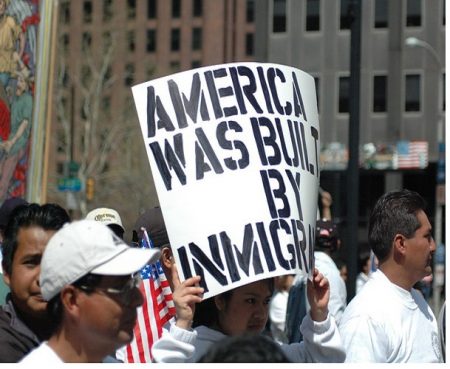 What is happening right now on the southern border of the United States is an egregious sin and a stain on the moral character of our nation. While no set of theological beliefs should be the driver of U.S. policy, people of the Christian faith have an obligation to stand against the despicable policy of separating children from their families. Particularly since politicians have invoked scripture as justification for this immoral practice, it is worth noting that it is heresy at best and blasphemy at worst to use one sentence from Paul’s letter to the Romans to justify a practice that is antithetical to Christ’s command to love our neighbors.

The measures and threats announced this week have yet to take effect. They will, undoubtedly, be contested by lawsuits. Changing the law on birthright citizenship would require changing the U.S. Constitution. Of course, making changes to legislation is easy as long as gun laws are not involved.

Going back through history, immigration has repeatedly injected energy and piety to the American religious landscape. From the country’s founding, diversity has been important to ensuring religious liberty. When James Madison guided the creation of the First Amendment, he believed that a “multiplicity of sects” would be more important than “parchment barriers.”

Even with the supposed protections and guidelines, children and other immigrants have been held in squalid, overcrowded, untended, and unhealthy conditions. Children have routinely been separated from their parents. According to CBS News, multiple children have died this year in or immediately after leaving Border Patrol and ICE (Immigration and Customs Enforcement) detention and concentration camps. Sounds like an irrational Christian nation at odds with poor and needy immigrants.

Elora Mukherjee, a law professor at Columbia University, described the conditions she found this year at a concentration camp in Clint, Texas, in an interview with The Atlantic magazine. She described what she witnessed to be nothing short of “…appalling.” She added:

In 12 years representing immigrant children in detention, I have never seen such degradation and inhumanity. Children were dirty, they were scared, and they were hungry.

An overwhelming number of children who I interviewed had not had an opportunity for a shower or bath since crossing the border [days or weeks earlier]. They were wearing the same clothing that they had crossed the border in. Their clothing was covered in bodily fluids, including urine and breast milk for the teenage moms who are breastfeeding.

Nearly every child I spoke with said that they were hungry because they’re being given insufficient food. The food at Clint is rationed on trays. Everyone gets an identical tray regardless of if you’re a 1-year-old, or you’re a 17-year-old, or a breastfeeding teenage mother who has higher caloric needs. The same food is served every single day, and none of the children receive any fruit and vegetables or any milk.

A policy statement from the American Academy of Pediatrics provides an overview of the practice of detaining immigrant children in the U.S. The statement summarizes research findings on the negative physical and emotional impacts of detention on children, even among those detained only briefly. “There is no evidence indicating that any time in detention is safe for children,” the authors write. “It is the position of the AAP that children in the custody of their parents should never be detained, nor should they be separated from a parent, unless a competent family court makes that determination.”

The statement, published in the journal Pediatrics, recommends “limited exposure” to the Department of Homeland Security facilities for children, as well as long-term evaluation of the health impacts for children who have experienced detention. It reads:

From the moment children are in the custody of the United States, they deserve health care that meets guideline-based standards, treatment that mitigates harm or traumatization, and services that support their health and well-being,” the authors write. These include education, childcare, interpretation, and legal services. The authors conclude: “Children deserve protection from additional traumatization in the United States and the identification and treatment of trauma that may have occurred in children’s country of origin, during migration, or during immigration processing or detention in the United States.

The harsh reality is all people arrived in the United States as immigrants, refugees, or slaves. The only exception is Native Americans.  However, the people who are coming in right now are more brown and black; this sort of scares some people.

In the first two decades of the twentieth century, almost 15 million people emigrated to America at a time when the population was below 100 million. Many of us trace our ancestry to people who came to the United States during that time or before. It is easy for citizens, from their positions of privilege, to condescendingly say that “We did it the ‘right way’,” because when most of our ancestors emigrated to the U.S., they had to do little more than showing up at a processing center like Ellis Island, have a small amount of money or family in the country, and not be visibly diseased.

It was a whole lot easier and less risky than what today’s immigrants face in coming here. The “right way” today is substantially more complicated. The US admits only a very small number of immigrants, and it is disingenuous at 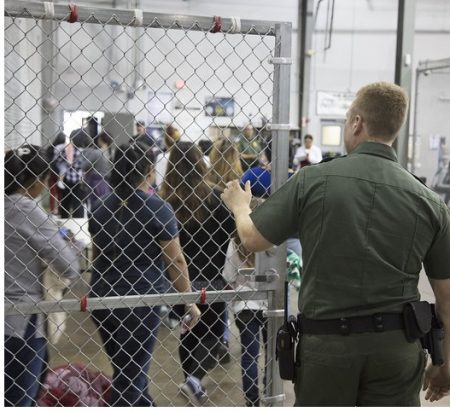 best to pretend that legally emigrating to the U.S. is an option for the vast majority of those who want to come here. And, incidentally, the Trump administration is insisting on making legal emigration even harder for those who most need to come here.

Those who claim to be Christian but who have no problem with Trump’s family separation policy should go back and consider both the story of Christ’s birth and his teachings as an adult. In the Gospel according to Matthew, Jesus chose a little child from the crowd to represent the greatest in the Kingdom of Heaven. Today, Trump and all others who enable and support these immoral policies are standing between those children and the safe-haven they so desperately need in order to survive.

Jesus was explicit when he said, “Whoever welcomes one such child in my name welcomes me.” In rejecting and harming immigrant children, this Christian nation is rejecting Christ himself.  This country is better off because there are millions of immigrants in it. It will always be better off because the brave people who want to be free will always search for and come to America unless the country shuts the door on them. Hence, the irony of immigrants and an irrational Christian nation.

One Response to "The Irony of Immigration and a Christian Nation"