Halloween and the Christian Controversy 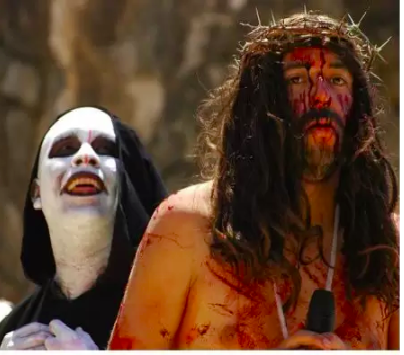 The controversy surrounding Halloween and the Christian faith has long been a topic of debate. Eating candy, dressing up and enjoying the festivities of the season are innocent and harmless to some while others view it as the “devil’s holiday” and an offense to their faith. In America, Halloween is the second-largest commercial holiday racking up nearly $8 billion in sales. While many of its roots might be paganism, is this reason enough for Christians to skip the celebration entirely?

Many Christians are convinced that Halloween is a satanic holiday while the rest of the world has found their sweet spot complete with costumes and candy. Children and adults have the opportunity to dress according to their wildest imaginations as well as personal heroes.  From its haunted history to modern festivities, this holiday is a big deal. With decorations, candy, parties, and costumes, the average American spends upwards of $100 in the spirit of celebration.

Halloween is the holiday that links the seasons of fall and winter. Allegedly, it originated with one of the ancient Celtic festivals; an event where people would wear various costumes and light bonfires in hopes of warding off roaming ghosts. However, by the late 1800s, Americans shifted the theory of Halloween into a holiday centered on community and fun events. The focus, for many, has transitioned from ghosts and witchcraft to neighborhood celebratory events. With the evolving of the central point, should Christians change their stance to celebrate the holiday?

Halloween and the Christian controversy has long been complicated, despite having at least partial roots from a Christian tradition. On October 31, 1517, Martin Luther essentially started the Protestant Reformation in Wittenberg, Germany, when he nailed his 95 Theses to a door. Many of the early Christian groups that came to America rejected this holiday as pagan. The Protestant Reformation heavily influenced the Pilgrims, Puritans, Quakers, and Baptists causing the great majority to frown upon it. However, that did not prevent Halloween from finding its way to American shores.

In the eighth century, Pope Gregory III dedicated November 1 as a time to honor all saints and martyrs. The holiday became widely recognized as All Saints’ Day. The evening before was known as All Hallows’ Eve, which later became Halloween. The word “hallow” originated from the Old English word for “holy” and “e’en” is an abbreviation of “evening.” As such, Halloween represented the night before All Saints Day. 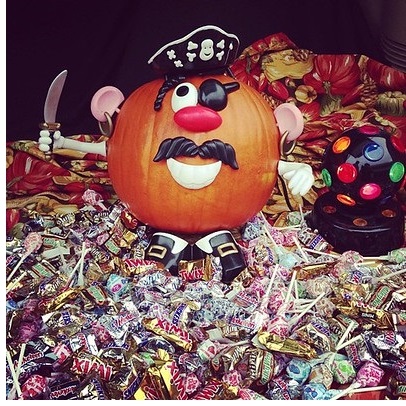 Over time, Halloween advanced into a secular, community-based holiday branded by child-friendly activities that include costumes, neighborhood trick-or-treating, and more recently, trunk-or-treating. Along with a variety of pumpkin-flavored foods, parties for both children and adults have become a very common way to celebrate the holiday. Some Christians still choose to lock themselves indoors with the lights off, but others have found freedom in their faith and are at liberty to decide when and how to participate.

In multiple countries around the world, as the days grow shorter and the nights get colder, people continue to escort the winter season in with candy-coated gatherings and a wide range of costumes. Halloween is a celebration that allows people of all ages to participate. Yet, the question remains, “Should Christians celebrate?”

Due to the efforts of community leaders and parents, most of the illogical and religious undertones of Halloween are gone. It is now more about imagination than spooky interpretation. There is nothing irreverent or sinful about a Christian dressing up and participating in fun, non-threatening, celebrations. As a result, many Christians find no harm in dressing in costumes, attending parties and festivals as well as allowing their children to participate in school and local activities.

Despite the neutrality of the celebration Halloween and the Christian controversy will remain for years to come. Many people allow expired “truths” to govern their life long after clarity is solidified. The Christian’s decision to avoid or participate in Halloween should be based on accurate information.  Regardless of the side of the coin, a person falls on, people must be allowed to follow their own convictions with seasonal festivities like Halloween. It can either be a sweet spot during the fall season or an annual time of frustration for critics.

History: Halloween
Kidsville News: Around the World – October 2015
Grace to You: Christians and Halloween