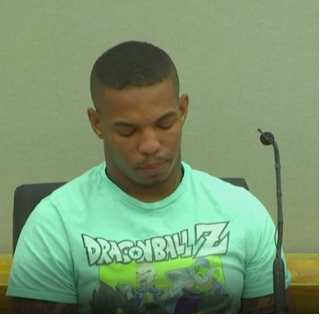 Joshua Brown, a key witness in Amber Guyger versus Botham Jean murder trial, was mysteriously killed after testifying. This high-profile case started with Jean being murdered in his own home watching television and eating ice cream. Former police officer, Guyger, illegally entered into his home. He was not a threat in any capacity, but she killed him. Now, mysteriously, Brown is dead in an alleged drug deal gone bad.

As is the custom whenever an unarmed black man gets killed at the hands of law enforcement, they immediately tried to attack the victim’s character. Reports began to surface calling this God-fearing man a drug abuser. It was not until the family came out and publicly rebuked the police for lying about their loved-one. Also, the Dallas Police Department, in conjunction with Guyger, lied about the circumstances surrounding the murder.

It started with Jean’s murder, but the plot thickens. Mysteriously, now Brown is also dead after courageously testifying in the trial which landed the killer in jail. Sadly, the Dallas Police Department is blaming his death on a drug deal that went bad. It is hard to believe that a hardcore drug dealer, which is what they are suggesting, would voluntarily testify in a high profile court case involving a police officer.

As soon as the news broke about Brown’s mysterious death, claims of police retaliation went viral. The victim expressed how concerned he was about his safety if he testified. However, he was assured there would be no need to worry.

Just as in the case of Guyger, after killing Jean, the Dallas Police Department offered a far different explanation of the Brown murder. On Tuesday, in a news conference, Avery Moore, an assistant chief who oversees criminal investigations, said;

Mr. Brown, 28, was killed during a drug deal, it said, and detectives were pursuing capital murder charges against three suspects. Two of the suspects were in custody, and another was at large.

There has been speculation and rumors that have been shared by community leaders claiming that Mr. Brown’s death was related to the Amber Guyger trial and that somehow the Dallas Police Department was responsible, ‘I assure you that is simply not true.’

This altered reality makes no sense to those living in black America. But, to the average white American, this sounds very plausible. All black men are drug users or dealers, right? They are all magnets for a troubled life, right? They all walk around in hoodies, with illegal weapons, looking for their next victim, right? WRONG!!!! This is what society would love for others to believe concerning the black community.

Jean, who was murdered in his home, was a spiritual man, who loved God, was active in his church, served his community and was a successful black accountant who worked hard. He did not fit the stereotype, but this did not stop law enforcement from killing him. When speaking of the recent claims of the Dallas Police Department, Clint Smith said:

The Dallas PD want you to believe three people traveled over four hours to kill Joshua Brown over weed although he had no history of drug dealing. Then they ‘left’ the weed behind, AND this all coincidentally happened right after the trial in which he was a witness. How insulting!

The police also claimed they had executed a search warrant at Mr. Brown’s apartment and found 12 pounds of marijuana, more than 140 grams of THC cartridges and $4,000 in cash. It is so ironic that in each high profile case of blue-on-black violence, the unarmed black man’s “dark” character always gets magnified and exaggerated.

The synonymy of blackness with criminality is not a new phenomenon in America. Documented historical accounts have shown how myths, stereotypes, and racist ideologies led to discriminatory policies and court rulings that fueled racial violence. In recent years, law enforcement agencies have unreasonably used deadly force on Black males allegedly considered to be “suspects” or “persons of interest.” The exploitation of these often-targeted victims’ criminal records, physical appearances, or misperceived attributes has been used to justify their unlawful deaths.

According to the victim’s father, Brown had three children — a 6-year-old and two toddlers. The 28-year-old was born in Jacksonville, Fla., and graduated from South Florida State College. His past is not squeaky clean, but his future, according to those who knew him, looked bright.

Needless to say, the black community is stunned and searching for answers following the shooting death of Joshua Brown who delivered key testimony in the trial of Amber Guyger, a former police officer. Guyger was convicted of murder and sentenced to 10 years in prison in the slaying of her upstairs neighbor Botham Jean at the apartment complex where all three lived. Now, the key witness in the case has mysteriously been killed.