Lady Gaga Falls Off Stage After Dancing With a Fan 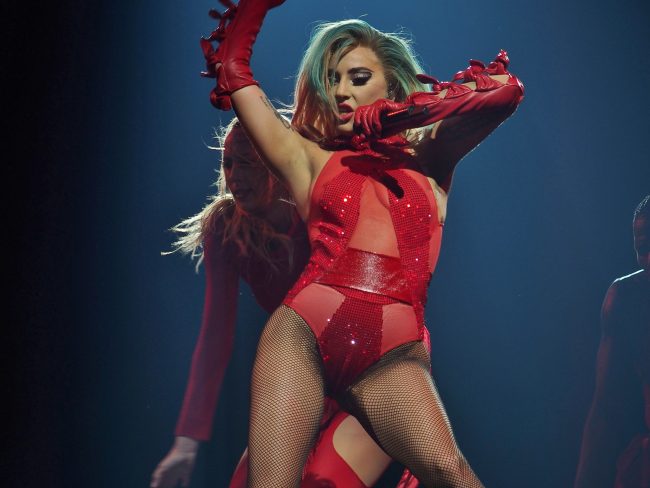 At a recent show for Lady Gaga’s Las Vegas residency, the singer invited a fan up on stage to dance with her, but things took a turn for the worse as she attempted to make a leap into his arms. It seems that both the fan and the singer ended up falling off the stage after he apparently lost his balance.

According to CNN, videos of the incident began making the rounds on social media, with people sharing the moment that the two plummeted into the crowd. Some reports claimed that the fan dropped Lady Gaga off the stage, while other reports explain that the fan was not prepared for the singer to jump into his arms. Based on many of the clips posted, it seems clear that he was just not prepared for her to leap into his arms, which lead to the pair falling off the stage.

Security immediately rushed over to help Lady Gaga and her fan up. The singer was back on her feet in no time, and was reassuring everyone in the audience that she was fine. Trying to insert a bit of humor into the situation, Lady Gaga told the audience, “the only thing that’s not OK is we need some stairs for the damn stage so I can get back up.”

In an effort to console her fan who was clearly upset over the entire situation, Lady Gaga told him, “Could you forgive yourself right now for what just happened?.” She even joked with the audience that she and her fan were like the couple from the “Titanic” as they “fell in each other’s arms.”

Clearly, while the fan was upset over what happened, it seems that neither of them were hurt after falling off the stage. Plus, it seems that Lady Gaga wanted to make sure that her fan was okay without any guilt over what happened. Considering the singer has dealt with back problems in the past, it does make sense that people were concerned over her tumble off the stage.