Chick-fil-A in the United Kingdom to Close After Protests 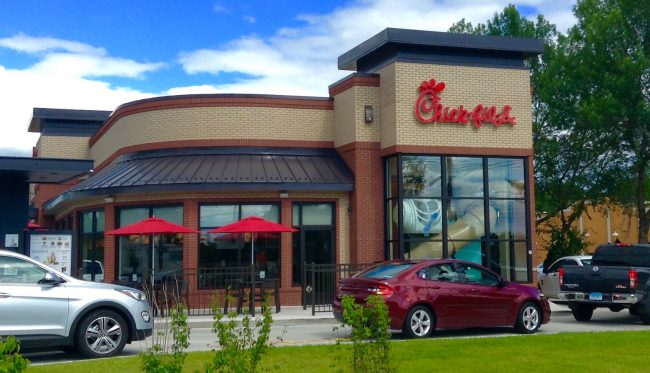 On October 10, the first ever Chick-fil-A opened in the United Kingdom. However, the fast food restaurant was mired in protests, as the people of the U.K. were against the restaurant chain’s position on LGBTQ rights (or at least their support of organizations that actively fight against those rights). Now it seems that in less than two weeks, the decision has been made to close the restaurant.

According to NBC News, the new Chick-fil-A will allow their lease to lapse, which means that while they intend to close, it will not happen until the six month lease is completed. The mall where the fast food restaurant leased a location released their own statement saying that they believe that it is the right thing to do, in terms of the chain closing its doors once the lease is up.

A local advocacy group for LGBTQ people explained that they extremely opposed to the Chick-fil-A even being opened, and certainly unhappy with it remaining open in the town of Reading. The group explained that the U.K. is very progressive and has long offered LGBTQ people the option to get married, while also working to make sure that everyone has equal rights under the law.

Even as news broke that Chick-fil-A would be closing after their six month lease ended, protesters gathered outside the restaurant to make their voices heard. However, it seems that their voices were heard even before the protest began.

Once this Chick-fil-A location closes, the U.K. will once again be without any of the fast food restaurants in their country.