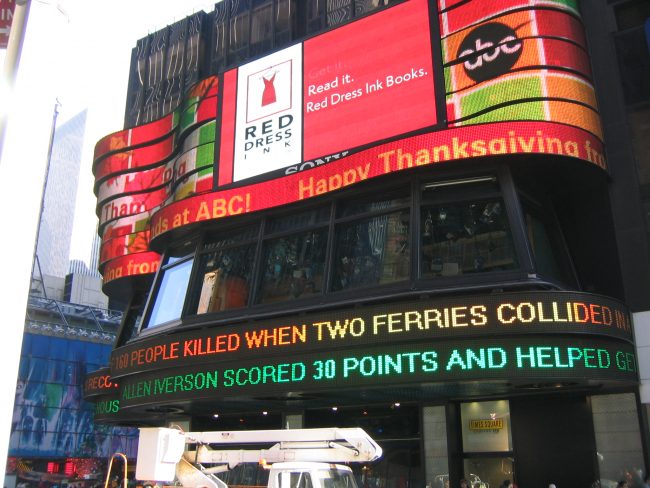 Amy Robach, ABC News anchor, was caught on camera insulting her own network for sitting on the Jeffrey Epstein story three years ago.

A video clip was released by Project Veritas, a right-wing group, on Tuesday, Oct. 4, 2019. In the clip, Robach is complaining to colleagues on an open mic that her Epstein story was allegedly suppressed by network executives.

Robach spoke to Virginia Roberts Giuffre who alleged that she was a sex slave for Epstein, and he trafficked her to his friends including Britain’s Prince Andrew.

“I’ve had this interview with Virginia Roberts…we would not put it on the air. First of all, I was told ‘Who’s Jeffrey Epstein?’… Then the palace found out that we had her whole allegations about Prince Andrew and threatened us a million different ways. It was unbelievable what we had. [Bill] Clinton – we had everything. I tried for three years to get it on to no avail and not it’s all coming out and it’s like these new revelations.” Robach said that the network was afraid the story would prevent future interviews with Kate Middleton and Prince William.

After the story went public on Tuesday, Robach released a statement. She said that her comments were made in “a private moment of frustration. I was upset that an important interview I had conducted with Virginia Roberts didn’t air because we could not obtain corroborating evidence to meet ABC’s editorial standards about her allegations regarding Epstein, Prince Andrew, and Clinton.” Since the 2015 interview, Robach argued, “no one ever told me or the team to stop reporting on Jeffrey Epstein, and we have continued to aggressively pursue this important story.”

ABC News issued a statement that said, “At the time, not all of our reporting met our standards to air, but we have never stopped investigating the story.” Additionally, there will be a two-hour documentary on Epstein and a six-part podcast on the investigation next year.