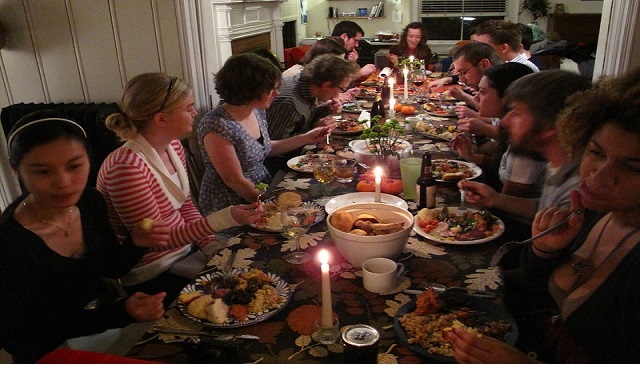 Thanksgiving Day shopping gives Black Friday a run for its money.  Some people feel that “Black Friday,” which comes the day after Thanksgiving and is the traditional day when the holiday shopping season kicks off, is in fact, the polar opposite of the spirit of giving thanks, and too often brings out the worst in people. In recent years, headlines of violence by crazed shoppers on Black Friday have made news headlines. Yet, the trend is that Black Friday is beginning earlier each year, with many stores opening very early in the morning and, increasingly, more stores opening on Thanksgiving Day.

A few years ago, protesters began calling for boycotts of stores that open on Thanksgiving, suggesting that the holiday holds certain holiness and purity of spirit that retail stores are trampling on by opening on the holiday. Online and traditional brick and mortar stores, in an effort to increase their holiday sales, keep pushing for the start of the holiday buying season to begin earlier and earlier. Stores began opening earlier and earlier on the actual day with huge sells. As it stands, Thanksgiving Day crushes Black Friday.

Black Friday is the name given to the shopping day after Thanksgiving. It was originally called Black Friday because the volume of shoppers created traffic accidents and sometimes even violence. Police coined the phrase to describe the mayhem surrounding the congestion of pedestrian and auto traffic in downtown shopping areas.

Although consumers express their disapproval of the holiday season being pushed earlier and employees complain, consumers want to get the best bargains for their holiday dollars that they can. Movies were at one time a big feature following Thanksgiving dinner, but now retailers have taken over.

Over 35 million consumers began their holiday buying seasons early last year, on Thanksgiving Thursday. Employees, strapped for cash, work on Thanksgiving Thursday, but that does not mean that they like doing it and being away from their families. Coming in takes them from their families, but a need to earn holiday cash and keep their jobs compels them to work on this holiday.

The results of a recent poll confirmed that almost one in seven consumers said that they either rushed through Thanksgiving dinner or skipped it entirely so they could get to stores and begin their holiday shopping early. In most cases, this is not because they wanted to do it, but it was because they knew that there would be good deals offered to shoppers who came in on Thanksgiving Day. 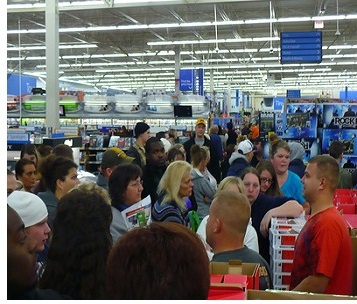 Thanksgiving has a controversial history, and there are differing interpretations of just what the holiday means. Traditionally, it has been seen by most as a holiday that is celebrated among family and friends, and where we are supposed to give thanks for all that we have been blessed with in life. As such, it has been seen as a pleasant, and mostly benign, holiday. Yet, that has been changing in recent years. More people are questioning the origins of this holiday, particularly given the controversial and divisive chapter of history that the traditional interpretation of the holiday represents.

Even still, Thanksgiving Thursday is crushing Black Friday. This is because retailers, both online and at traditional brick and mortar stores, in an effort to increase their holiday sales, continue to push for the start of the holiday buying season to begin earlier and earlier.

Yet, the best Black Friday deals are, surprisingly, not on Friday. Many retailers, including Amazon, offer deals earlier and earlier, upstaging Black Friday itself. The competition this year is so fierce, stores are innovating new ways to get shopper’s dollars. Research reveals that most deals for electronics are offered at the beginning of November. The best day for Christmas decor is November 22. Discounts are 23 percent on average. The best day to buy toys is the day before Thanksgiving.

Thanksgiving was once a day for family, feasts, and football, but when brick-and-mortar retailers opened the floodgates to Black Friday shopping on Thanksgiving a few years back, retailers needed to begin taking it seriously. Amid backlash as retailers called their sales associates away from their families in the early evening hours of the holiday, it seems Thanksgiving Day continues to crush Black Friday.

The Balance: What Is Black Friday? Sales and Trends