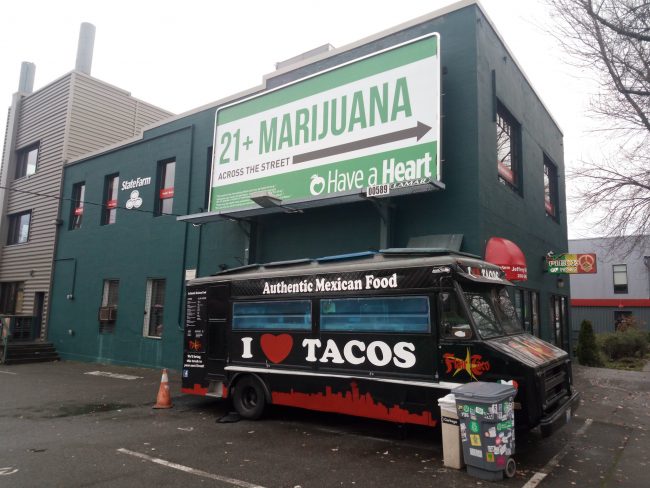 Advocates and allies of cannabis legalization are cheering due to the advance of the MORE Act. After a historic committee vote, the Act moved to the full floor of Congress on Wednesday, Nov. 20, 2019. The committee voted in favor of the measure with 22 Democrats and two Republicans.

More than 66 percent of Americans want to end the federal prohibition against cannabis, and they cited its injustice, failure, and cost.

The 24-10 vote in the House Judiciary Committee was the first time the House committee approved of ending the prohibition against marijuana. The MORE Act, or the Marijuana Opportunity Reinvestment and Expungement (MORE) Act of 2019, or H.R. 3884, “deschedules cannabis, expunges records, and earmarks federal tax revenue for small, minority-owned businesses.”

In 2018, law enforcement made over 663,000 marijuana-related arrests. This is a three-year high. Marijuana is the most prevalent type of drug arrests. Multiple studies have discovered that people of color are more likely to be arrested for marijuana despite use rates being similar to national averages.

Advocates such as Drug Policy Alliance Executive Director Maria McFarland Sánchez-Moreno celebrated the vote. “The United States is coming one step close to ending the devastating harms of marijuana prohibition, which have fallen so heavily on black and brown people,” she said. Citizen activism played an important role. In just two days, longtime advocacy group NORML assisted citizens in sending 55,000 messages to their Congressional representatives supporting the MORE Act.

“Opposition to our failed war on marijuana has reached a boiling point with over two-thirds of all Americans, including majorities of all political persuasions, now supporting legalization. Congress should respect the will of the people and promptly approve the MORE Act and close this dark chapter of failed public policy,” stated NORML Executive Director Erik Altieri.

Earl Blumenauer, a Democratic Congressman from Oregon, has been a long time advocate of marijuana and a founder and co-chair of the Congressional Cannabis Caucus, said that Wednesday’s vote was “exciting and frankly very emotional for me to be in the Judiciary Committee hearing room as Chairman Nadler announced the final vote… This vote was a vote for progressive reform, for racial justice, for personal freedom, for economic opportunity, and for better health.”

Those against legalization, Project SAM, did not have a statement immediately after the House Judiciary vote. However, prior to the vote, Project SAM stated that the MORE Act “contains no provisions protecting youth from the marijuana industry.” Studies have shown that underage marijuana use has not increased following state-regulated legalization.

The MORE Act will put into place the following:

According to MCFarland Sánchez-Moreno, “This legislation won’t make up for the full scale of harm that prohibition has caused to its victims. It’s not going to return anyone their lost dreams, time lost at the mercy of the criminal justice system; or the years spent away from their families. But this legislation is the closest we’ve come yet to not only ending those harms at the federal level, but also beginning to repair them.”

“Now it’s up to Congress to do the right thing and swiftly pass the bill to ensure justice is not delayed a moment longer.”

If Marijuana Is Legalized Federally, What Will That Mean Locally?

This is the first time legislation reform for marijuana has made it this far. Some people believe this is a step in the right direction for the entire industry, like CEO/owner of Ohio Valley Natural Leaf Michael Petrella.

“You see kids that have seizures and stuff and you get the oil and it helps them. I think it should be legal all the way around,” said John Ware, a Steubenville resident.

Cannabis has been a federally prohibited substance for almost a century, and it accounts for more than half of all drug arrests.

Some people do not agree with the legalization of marijuana. Nonetheless, 33 states, including Ohio, have legalized cannabis use, and 11 states and Washington D.C., allow for recreational use too. Six more states will vote on cannabis use in 2020.

Federal legalization is not the only issue local medical marijuana dealers are facing.

Currently in the marijuana industry, the required banking procedures are expensive, untraditional, and often banks do not want to take on these businesses.

“You look for small credit unions, and that’s who you have to deal with. There are very few – and far between – in the entire nation that will do banking with you,” according to Petrella.

Additionally, the MORE Act would also provide incentives for states to clear records of those with low-level marijuana offenses and will include a five percent tax on all marijuana products.

John Ware stated, “I think it would be a great boost in economy, the government would be getting the money the drug dealers are getting right now – and it helps people.”