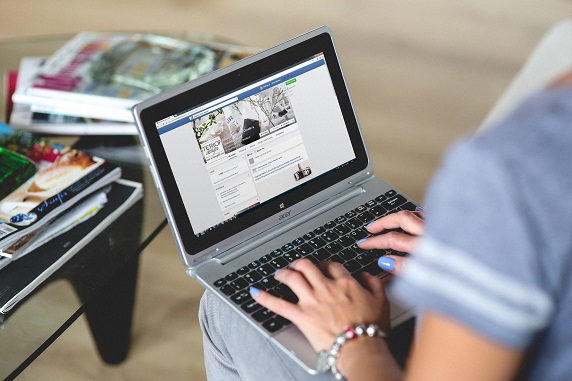 Race and racism are topics that regularly come up in the news and populate social media feeds. Whether discussing the lack of representation of people of color in media, immigration policies, and the racial disproportionality in the criminal justice system, race and racism are part of public conversation. Today, because a great deal of these conversations happen online and not face-to-face, individuals often feel more freedom to push the limits of their dialogue and possibly say things they would never say in person.

Not all keyboard warriors are racist; many are simply ignorant, self-centered, and privileged. Racism continues to dominate the headlines, from the rise of the far-right to the status of racial abuse on social media. Many people engage in cyber-racism to hurt others and to confirm their racist views by connecting with like-minded people. Whether, for groups or individuals, online platforms are indeed a powerful tool used to influence and reinforce divisive ideas.

Race relations are an integral part of our history, culture and modern life and impact all in society. Young people are not exempt from these conversations and in fact, want to be engaged in those discussions and should be. The problem intensifies when it involves people who are considered real “friends” or fellow co-workers or church members. When social media gets racist, should user block, engage or unfriend?

Author and commentator Ibrahim Abdul-Matin confessed to watching the back-and-forth erupt on his own social media from time to time. Especially after an officer gets a pat on the hand for killing an unarmed black person. He said:

You look for something witty or you want to say something brilliant or smart, you want to say something cutting or the right thing. But then what ends up happening on platforms like Facebook is you just kind of vomit—it’s an unedited emotional barrage. Spiritual people will tell you that when you’re about to get into an argument, that’s when you should stop talking, that’s when you should sit down and stop screaming and collect your thoughts and collect your breath. But social media just gives you the space to just let it out.

However, this is not always the time to unfriend those racist social media contacts.  Instead, teach them. Bigots need to hear the voice of reason and sane folks need them to stay in touch with reality.

For those who are confused, the word “racist” does not only apply to the man holding the rope around the black man’s neck during a lynching. It also applies to the spectators who point at the body as it swings in the air. It also includes the people at home, who do not attend the festivities and would rather not think about them.  Desmond Tutu said it best:

If you are neutral in situations of injustice, you have chosen the side of the oppressor.

In other words, the violence of racism does not always come with the throw of a noose and the cock of a gun. Sometimes, it comes with a shrug of the shoulders, and a click of the tongue. It is during these moments of disgust that the question intensifies…unfriend or engage?

Social media can open the floodgates of heated racist and political rhetoric. Though conversations can become intense, they also can be productive. The beauty of social media is users can take a break, walk away, and calm down. The key is to avoid responding immediately and instead attempt to really listen and respond with intelligence.

World Economic Forum: This is how racism is being spread across the internet
Brainy Quotes: Desmond Tutu

One Response to "Unfriend or Engage When Social Media Gets Racist?"