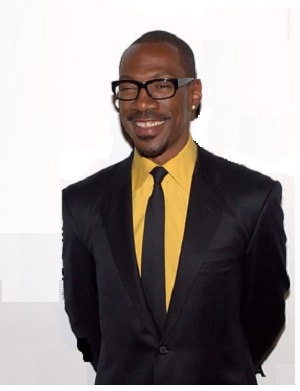 Bill Cosby and Eddie Murphy have always had tension between the two. The beef goes back more than 30 years when Cosby called Murphy to complain about his 1987 “Eddie Murphy Raw” special. Murphy returned to the set of “Saturday Night Live” (SNL) on last Saturday. Of course, it would not be without controversy. During one of his acts he made a joke about Cosby that did not sit well with the comedian. America’s former “favorite dad” sent a message to Murphy via his spokesperson who slammed Murphy on Instagram over the joke, calling him a “Hollywood Slave.”

Cosby was one of the “Beverly Hills Cop” actor’s harshest critics during his 1980s ascent in stand-up comedy. Yet, from prison he still beefs with the “Coming to America” actor. During Murphy’s “SNL” monologue, he joked that if you would have told him 30 years ago that “I would be this boring, stay- at-home … house dad and Bill Cosby would be in jail,” he would have taken that bet. Murphy then imitated Cosby with the question,

Who is America’s dad now?

Murphy’s appearance on “SNL” was his first as host since 1984. It was also a huge night for the show with a record viewership. Andrew Wyatt, Cosby’s spokesman, fired back at Eddie Murphy after the comedian made jokes at Cosby’s expense during his opening monologue. He stated:

Mr. Cosby became the first Black to win an Emmy for his role in ‘I Spy’ and Mr. Cosby broke color barriers in the Entertainment Industry, so that Blacks like Eddie Murphy, Dave Chappell[e] [sic], Kevin Hart and et al., could have an opportunity to showcase their talents for many generations to come. It is sad that Mr. Murphy would take this glorious moment of returning to ‘SNL’ and make disparaging remarks against Mr. Cosby. One would think that Mr. Murphy was given his freedom to leave the plantation so that he could make his own decisions, but he decided to sell himself back to being a Hollywood Slave. Stepin Fetchit plus cooning equals the destruction of Black Men in Hollywood.

Both comedians have undeniable imprints in the entertainment industry. Currently, it appears that Murphy may have gotten the last laugh. According to The Hollywood Reporter, the December 21 episode of the variety sketch 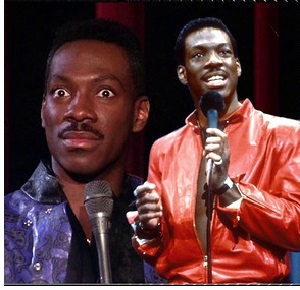 The ”48 Hours” actor began doing stand-up as a teenager. He became a popular “Saturday Night Live” cast member and starred in several box-office hits. In May 1997, Murphy earned some unfortunate publicity when he was discovered by L.A. police with a transsexual prostitute. He claimed he was merely trying to give the prostitute a ride. The incident made him the target of jokes, nonetheless. Despite the scandal in his personal life, Murphy went on to feature in a variety of family films.

Bill Cosby is still beefing with the famed comic from behind prison walls. No one knows what the future holds for the shamed comic, but Murphy is on a roll with no plans of stopping. He is a comedic genius who is a force to be reckoned with. Murphy’s return to “Saturday Night Live” was a big hit. “SNL” scored its top-rated show in nearly three years.