By Cherese Jackson on January 2, 20205 Comments 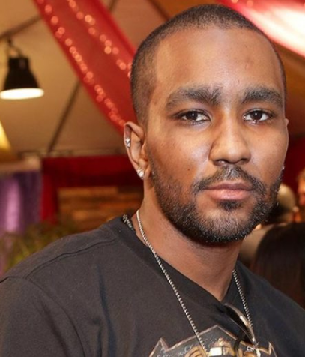 In March 2015, Nick Gordon appeared on the “Dr. Phil Show” a mess, to say the least. He was intoxicated, drugged and dealing with a lot of guilt and mental anguish. Gordon was under the impression he was there for an interview to discuss the events that led up to his girlfriend’s current condition, only to learn his mother, Michelle, and Dr. Phil had another plan in motion. They set up a secret intervention to save his life. On Jan. 1, 2020, Gordon died from a drug overdose.

Allegedly, the television reality star, who had a long history with substance abuse, was rushed into intensive care in Florida while celebrating New Year’s Eve with friends. At the hospital he suffered a series of heart attacks and doctors were unable to save him, He was pronounced dead on New Year’s Day at age 30.

Gordon was a young man who the late Whitney Houston helped raise but never adopted. Many viewed him as the big brother to Bobbi Kristina Brown, especially the Houston family. Almost immediately after Whitney died Gordon and Krissy, as he affectionately called her, emerged as a couple who appeared very much in love. This came as a surprise to the family who was disgusted with their “newfound” love affair.

In January 2014, it was rumored that the two had wed in a secret ceremony but was later revealed to be a lie after Bobbi Kristina was found unconscious. They first made their engagement known in October 2012 and called it off shortly thereafter. By July 2013, the engagement was on again culminating with the fake marriage announcement the couple shared via social media.

Whether due to trauma or addiction, it was hard to deny his love for her. Gordon had been distraught since losing Whitney and the thought of losing Bobbi Kris had taken him over the edge. Michelle, his biological mother, reached out to Dr. Phil to get help for her son. At that time, Gordon had threatened to kill himself, taken several pills and maxed out on alcohol binges after being denied opportunities to see Krissy. Simply stated, Michelle was afraid for her son’s life. 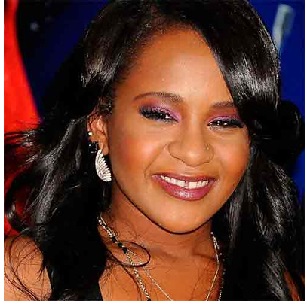 Dr. Phil answered the call and showed up ready to work. He flew into Atlanta to meet with Gordon and Michelle. After learning of Gordon’s breakdown right before the interview was set to begin Dr. Phil changed the course of the meeting and set up roadblocks that would lead Gordon down one road which led straight to rehab. Dr. Phil told Michelle that Gordon was out of control and if left alone he would be dead within a week. During the interview viewers also witnessed taped footage of Gordon screaming for Krissy, moaning and even falling out of bed.

The interview which aired on the “Dr. Phil Show” Wednesday, March 11, 2015, displayed a drugged, drunk and hysterical man filled with pain. Gordon walked in and out, shouted, cried and had trouble breathing; all within minutes of each other. His words were slurred as he admitted to being drunk and high on Xanax. He had no idea his mother would be there but was happy to see her. Even in all his turmoil, he was yet a respectful young man to his mother and Dr. Phil.

Gordon was aware that he was having a public meltdown and asked Dr. Phil not to put it on television. He said he could not believe he was crying in front of the world and felt as if he would appear weak. Dr. Phil refuted his thought process telling him it was quite the contrary and he seemed like a man in pain, not weak at all. The sobbing young man exclaimed:

My pain is horrible, my heart hurts and I have panic attacks.

The two men exchanged words back and forth for nearly 30 minutes during the hour-long telecast. Gordon seemed to sway in and out with his thoughts but remained true to his cries of missing Krissy. The interview ended with Gordon agreeing to leave the hotel and go straight to rehab. Dr. Phil said they would attempt the interview later but at this time the intervention was much more important. He tried to save Gordon’s life.

In April 2016, after spending time in rehab, a follow-up meeting with Gordon and Dr. Phil aired. During the interview, Gordon discussed Krissy’s struggle with drug and alcohol abuse. He claimed she first began using drugs “socially” even before Whitney passed away. However, after her mother was found dead in a bathtub, Gordon says they began using drugs more and more. He explained:

It got really bad after Nip (Whitney’s nickname) had passed away. It was unfortunate but at the time it was the only way we knew how to deal with what had happened.

This is also what he did to deal with the pain of everything that had happened with Krissy. Drugs had become a constant companion. Void of any real coping skills, Gordon resorted to what he knew best. When speaking of that season of life, he said:

Rehab was something I needed, and I’m thankful that I got that opportunity. I was drinking so much at the time because I could not deal with what was happening to Krissy. It mentally broke me. That’s the lowest point in my life right there.

Gordon’s death comes nearly five years after Bobbi Kristina Brown was found face-down and unresponsive in a bathtub in January 2015. She died after six months in a coma. A troubled young man with many challenges failed to find peace on earth. Although he tried, Dr. Phil could not save Nick Gordon. May he finally rest in peace.

5 Responses to "Dr. Phil Tried to Save Nick Gordon"