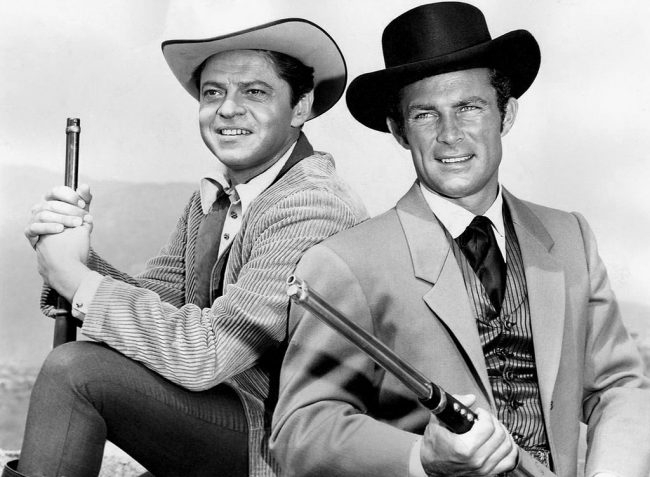 Robert Conrad, best known for his performance in the 1960s and ‘70s television series “The Wild Wild West,” “Baa Baa Black Sheep,” and “Hawaiian Eye” died on Saturday, Feb. 8, 2020, in his Malibu home. According to a spokesperson for the family, he died of heart failure. He was 84 years old.

Spokesperson Jeff Ballard released a statement that said, “He lived a wonderfully long life and while the family is saddened by his passing, he will live forever in their hearts.”

In 1978, Conrad was nominated for a Golden Globe for his work on NBC’s action series “Baa Baa Black Sheep.” The year before he won a People’s Choice Award for the same role.

During the disco era, Conrad worked in commercials for Everyday. In the commercials, he would dare others to “knock this battery off my shoulder.”

After shooting some commercials, Conrad moved on to directing.

Conrad was born in Chicago on March 1, 1935. When he was old enough, Conrad delivered milk during the day and sang in a club at night. He moved to Hollywood to pursue a career in show business in 1958.

Warner Brothers signed him to the “Hawaiian Eye” through 1963.

Conrad has earned trophies for broadcasting and performing stunts. He is in the Stuntman Hall of Fame, according to Ballard.

Conrad had been married twice. He is survived by eight children and 18 grandchildren.