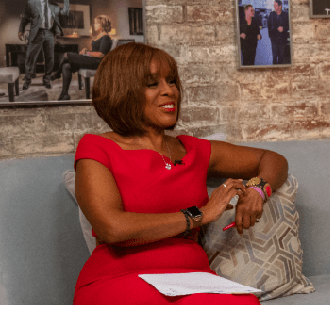 Gayle King recently interviewed WNBA icon, Lisa Leslie, about her relationship with the late, great Kobe Bryant, and a clip of a particular question about a 2003 rape accusation went viral. King slammed her employer for distributing an “out-of-context” clip from an interview she conducted where the sexual misconduct allegation made against Bryant years ago was discussed. In the newly released statement, the network acknowledged that the clip that was shared “did not reflect” the totality of the interview.

The interview, when heard in totality, is as complicated as humanity. Face it, we are complicated individuals complete with victories and mistakes. Kobe was no different and neither is Gayle. Should the interview have included “all” of what made the basketball legend who he was, or should it have left the dark parts out? Should Gayle have been the one to address it, or should a journalist of another race have handled it? Or, does it even matter? These are all valid questions for true fans of the man, however, they may not matter to those who only worshipped his talent.

However, in the same manner, fans believe the “CBS This Morning” co-anchor vilified their hero, it seems they have acted similarly in retaliation against the journalist. Despite her apology or attempts to clarify or even rectify the impression it left on viewers or third parties, it seems the mistake is unforgivable. But, somehow “we” found it in our hearts to forgive Kobe for having an affair while married.

As a people, African Americans have been beaten down so badly that when something like this happens to those we love, it turns into an all-out war. Many things deserve a rebuke, but not a crucifixion. Even during the trial, fans gave their basketball hero the benefit of the doubt. Why not give Gayle the same courtesy?

I get it…It is natural to want to cover up our mistakes or be embarrassed by them. To feel like we wish we had a handy mistake eraser or remover. However, our mistakes and failures are gifts, gems, guideposts in our learning and growth as people. So, embrace failures, mistakes, screw-ups, and shortcomings – in yourself and others – because they not only make us uniquely who we are but also teach us powerful lessons.

We have all heard the sayings “To err is human” and “you live and you learn.” We are not our behaviors and we are more than our mistakes. Our history does not have to predict our future. One way to gain maximum benefit from mistakes is to examine them through the filter of powerful questions such as:

Questions like these lead to an inquiry that invites solutions. These are the questions that Gayle should be asking herself. Instead, she is overwhelmed with fans and their hatchets. Let’s not be those people. We must find ways to support our own – even when they use less than preferred judgment. 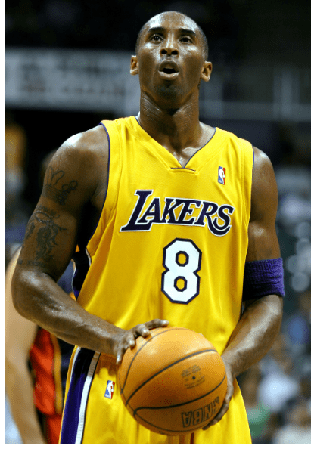 Whatever happened in that hotel room with Kobe and his accuser we will never know. But we do know a less preferred judgment was acted upon. We forgave him and kept rooting for our star. Why? Because the whole world has beaten us down, and it is time we stop doing the same.

The accusation is as much as part of Kobe’s story as are his five Championship rings. Truth is, this probably made him a better husband. So even though it hurt to watch his wife endure that tough season (one that no spouse should have to do), the reward might have been greater. It does not take away from the great player and human that he was. It worked together with all his positive characteristics to make Kobe the legend that he is.

It is time for Black America to move from surviving in captivity, both mentally and physically, and turn their attention and efforts toward fixing the root causes rather than wallowing in the symptoms. A good place to start is the pursuit of self-respect and mutual respect for others, instead of the self-hatred, contempt, and acceptance of a diminished image that many have subconsciously adopted.

We are notorious for crucifying our own. There are already too many contributing factors that oppose us as a people. Issues such as police brutality, systemic racism, life-long and unjust prison sentences, unhealthy eating, and abortions along with the added stress of being black in America. As a people, we must decide that extinction will not be our truth and stop killing our own.

The truth is, only an excerpt of the interview — the part about the accusations — was posted online by CBS. That small portion is what fans reacted to. However, the entire segment included a broad interview with other questions about Kobe’s positive contributions.

Gayle decided to include “all” of the legend when preparing for the interview. Many within our community viewed this as an attack. Perhaps, it was a misjudgment that added insult to injury. Kobe was not perfect; it was his actions that made the topic relative. Either way, both misjudgments will forever be a vital part of their histories. We cannot erase them nor the consequences. We allowed Kobe the opportunity to govern himself differently, let’s give Gayle the same freedom.