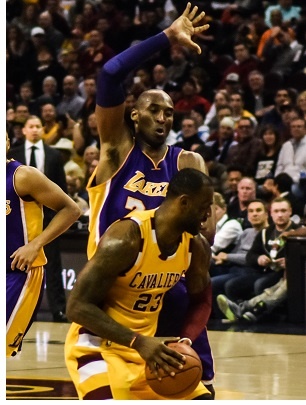 It seems the whole world is still mourning the sudden passing of NBA legend Bryant in a helicopter crash that killed nine people in total at Calabasas, California last week. Investigations are still ongoing, but officials have already reported that a “thick fog” caused the crash. However, some people such as former NFL running back Larry Johnson and Dr. Umar Johnson are not buying any of that. Conspiracy theorists are shamelessly peddling the claim that the Illuminati is responsible for the devastating incident resulting in Bryant’s death. Is this just another conspiracy theory or is Kobe the latest Illuminati victim?

According to conspiracy theorists, many worldwide events are the fault of the Illuminati. Supposedly, the main objective is the creation of a New World Order. Population control, global warfare, John F. Kennedy’s assassination, the French Revolution, and so many other things are an alleged result of this secret society. The suspicion that the Illuminati has taken over Hollywood continues to soar across the internet. Artifacts, along with music and film have been “accused” of using subliminal messages in hopes of controlling the masses.

Reportedly, a Bavarian named Adam Weishaupt created the secret society in 1776. All inductees were required to take an oath of secrecy. The foundation has a frame much like the freemasonry and included aristocrats and diplomats. Although the society has evolved to some extinct, one would have to question why it would seek out the basketball star. Is Kobe the latest Illuminati victim?

The retired NFL player also made a bold theory about James passing Bryant in the NBA all-time scoring list. He even claims that Bryant’s 81-point game and jersey number “24” both imply 666 in a secret way. He tweeted:

Thank you oh great Lucifer, son of the morning, who I owe….” Luciferianism has been rotting the black community for years now. We can quit the ‘It’s the white man!’ – Naw, it’s our own dumb as*es via the entertainment industry.

Dr. Umar, a school psychologist and self-described “Prince of Pan-Afrikanism allege that “white supremacists” had decided to kill Bryant that morning at Calabasas and the fog had nothing to do with it. Although both accusers share the last name Johnsons they are not related. Dr. Umar also voiced his theory on social media. He said:

What else do we know about Illuminati and the white secret societies that run the world? Whenever they commit a murder of a significant icon or personality. They always do it at a time where it is symbolic, ritualistically symbolic, historically symbolic and politically symbolic.

LeBron James passed Kobe in Kobe’s hometown of Philadelphia as the third-highest scorer in NBA history. This ain’t no coincidence, that’s how they play. There’s always a ritualistic symbolism to the timing of the assassinations. This was no accident.

Dr. Umar’s argument relies on a particularly egregious example of the anecdotal fallacy. Simply because none of the helicopters he has ridden have ever crashed in the fog, there is no way Bryant’s helicopter could have crashed without foul play. Johnson explains the reason someone would want to murder Kobe is due to a product that illegally trades on his famous nickname. He added:

He had filed a trademark lawsuit against a pharmaceutical company for naming a diet pill ‘Black Mamba HYPERRUSH.’ He claims the product illegally trades on his famous nickname.

Some conspiracy theorists believe Tupac lost his life years ago for exposing the Illuminati and, more recently, so did Prince and Michael Jackson. The relationship between celebrities and the Illuminati will continue to spark debates. Suspicions will rise and fall with the deaths of celebrity personalities.

Videos and symbols continue to feed the conspiracy theorists’ arguments, but much of the rumors go unsubstantiated. While everyone is looking at those in the spotlight others in the entertainment industry, the “real secret society,” goes unnoticed. Is Kobe the latest Illuminati victim? Probably not.