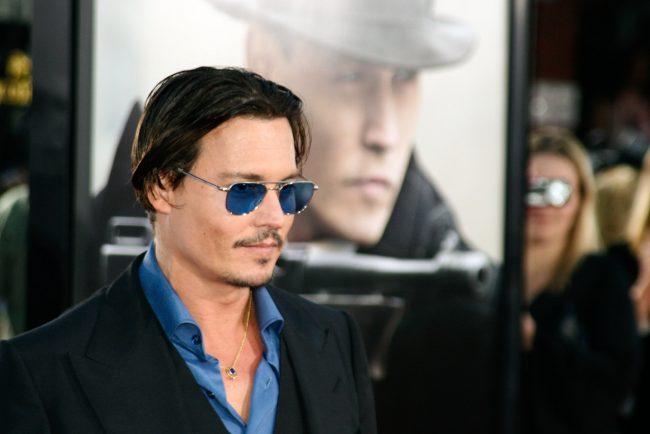 Johnny Depp and ex-wife Amber Heard are in the headlines once again.

On Wednesday, Feb. 26, 2020, pre-trial started for Depp’s civil libel case he has filed against the British tabloid publisher of “The Sun,” and their executive editor, Dan Wooton. In April of 2018, Wooton wrote an article where he used the words “wife-beater” in the headline. Later, the paper retracted the words. All of this after Wooton had interviewed Heard about Depp and her numerous allegations that he abused her.

He appeared in London’s High Court to refute the article and its contents. At this time, Depp also has a libel case against Heard in the United States.

Depp is suing Heard in a Virginia Courthouse for defamation of character. He is seeking $50 million. He filed the case in March of 2019, saying that she gave false information when she wrote an opinion article for “The Washington Post.” In the article, she calls for a better support system for domestic violence victims, like herself.

Heard responded with filing more than 300 pages worth of documents. Expanding on her abuse allegations she lodged against him during their divorce in 2016. She claims that he beat her on the regular before they were married, continuing the process throughout their 18 months of marriage.

She includes pictures of bruises she claims to have acquired from Depp, scars on her arms, and hair that was allegedly torn from her head. She added photographs of damage she claims he did to their home: wrecked rooms, broken glass, and furniture that had been overturned.

Also included were screenshots of dozens of text messages describing said incidents. She even offered pieces from her divorce deposition where shocking abuse is described.

In May of 2019, Depp made a statement that while he was “mixing prescription amphetamines, alcohol, and non-prescription drugs; she (Heard) would, hit, punch and kick me… Frequently threw objects into my head/body.” He then goes on to describe said objects as being cans of soda, heavy bottles, candles that were lit, TV remotes, and even cans of paint thinner. He has even claimed that she has seriously injured him before.

He added a photo of his puffy black eyes and scratches that he claims are from Heard. He also recalled a detailed attack that he says Heard perpetrated against him. He states that one month after they were married he tried to get her to sign a post-nuptial agreement. He then says that the conversation ended with him having severed fingertips from a broken glass that shattered after she threw it at him.

Depp’s lawyer, David Sherborne, told British judge Justice Noil that there is no evidence that his client assaulted Heard. The only clear recordings that had been given was that Heard was the abusive one.

The recordings he is referring to happened in 2015. In the audio, one can presumably hear Heard and Depp discuss an incident that happened. In it, the female (Heard) tells the male (Depp) that he was not injured. Trying to discredit the fact that she punched him by saying, “I was hitting you.” She goes on to say that sometimes she gets so angry with him that she just loses it.

Representing New Group Newspaper (Owner of The Sun), Adam Wolanski, told the court that the 70,000 texts (“Accidently” released by Depp’s previous counsel) were extremely damaging to the opposing side’s case. Some of the texts that were leaked were between Depp and his friend Paul Bettany. One extremely damning text says, “Let’s drown her before we burn her!!! I will f**k her burnt corpse afterwards to make sure she’s dead.” He allegedly sent that on Nov. 6, 2013, to Bettany.

In May of 2014, he texts Bettany, “No food for days… powders… Half a bottle of whiskey, a thousand red bulls and vodkas, pills, 2 bottles of Champers on the plane and what do you get..??? An angry, aggro Injun in a f***kin’ blackout, screaming obscenities and insulting any f**k who got near….”

Wolanski adds, “His (Depp) version of the events (incident on May 2014) is that he was quietly sketching,” after reading the texts.

The incident in May happened on a private flight from Boston to Los Angeles. Heard’s account of the night is that he ordered the attendants to give him an oxygen tank while heavily drinking. She was told that he was mad at her due to a romantic scene she had done with her co-star at the time, James Franco, the previous day. She stood at one point during the flight, at which point he kicked her in the back causing her to fall. He then reportedly threw his boot at her while she was still laying on the floor. Continuously screaming obscenities until he locked himself in the bathroom where he passed out.

Depp denies all the allegations that have been hurled his way. Both people are sticking with the stories that the other one is the aggressor.

The hearing will last 10 days beginning March 23, 2020. There are numerous witnesses scheduled to testify, including some being done over a video link from California.