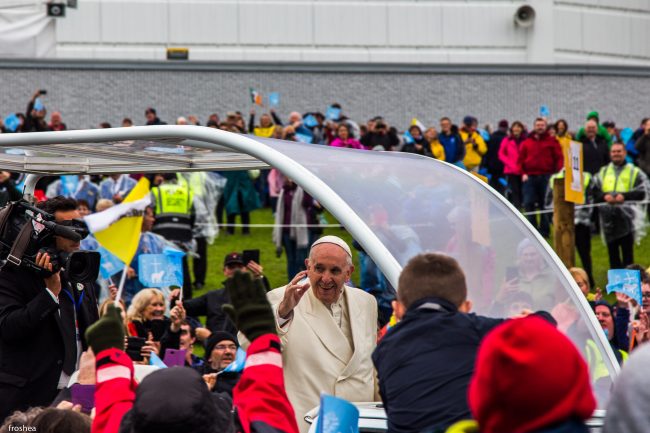 In 2019, Pope Francis called for ideas to meet the spiritual needs of the Catholics in the Amazon, a huge region with a scarce amount of clerics.

On Wednesday, Feb. 12, 2020, Francis declined to approve the ordination of married men or women to be deacons to address the shortage of priests in the Amazon.

In the Querida Amazonia (Beloved Amazon), Francis’ document (known as an Apostolic Exhortation) on the Amazon region, focuses more on cultural and environmental issues. In the 32-page document, Francis offers only a few, if any, solutions to change the church.

The Pope begins with, “I dream of an Amazon region that fights for the rights of the poor…” Then he devotes the first three chapters to social, cultural, and ecological ideas calling for respect for the people, land, and culture of the Amazon. The Pope even added some poetry to spice up the document.

The fourth and final chapter of the document outlines the spiritual needs of the 32 million people in the Amazon region. The Pope seems to ignore some of the changes that were requested by Amazon’s bishops. Instead, Francis urges the bishops to pray for more priestly vocations and send missionaries to where the faithful are living in remote communities who go months or even years without mass.

The document is more of a poem and love letter to the Amazonian rain forest and its native people. The document is in many ways a more focused version of the Pope’s “Praised Be” 2015 environmental encyclical.

The four dreams that the Pope has for the Amazon are 1. The rights of the poor are respected. 2. That their cultural riches are celebrated. 3. Amazon’s natural beauty and life are preserved and 4. That its Christian communities show Amazonian features.

Some people feel that if the Pope would allow married priests and women as deacons, this could help the problem. It would add more clergy to the areas that do not have anyone to help guide them spiritually.

The idea to allow married priests and women as deacons was first presented at a three-week Synod of Bishops in October 2019. Some of the countries like Brazil, Bolivia, Colombia, and Venezuela have been dealing with a shortage of clergy. This shortage has prevented them from being properly able to celebrate sacraments. The lack of this problem being addressed by Francis is like a veto of the proposal.

Some conservatives feel that this is a good thing since they believe that the new proposal is a bad idea and prefer to keep the traditions of the faith.

On that same note, others feel that it is important for the church to keep up with the changing times. Without clergy, people can not have Eucharist, Holy Communion, and all the other traditions that keep the spirit alive.