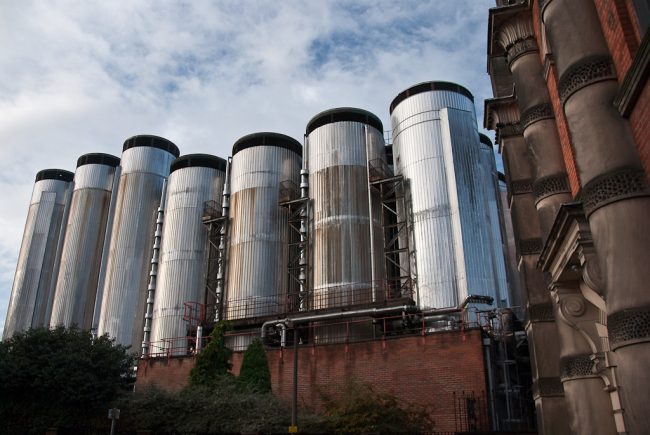 Five people were killed during a rampage shooting on the Milwaukee campus of Molson Coors on Wednesday, Feb. 26, 2020. This was one of the worst shootings in Wisconsin history.

The gunman shot himself making him the sixth victim of the shooting. Originally, reports stated seven had died in the shooting, but that number has been clarified.

The shooter was a 51-year-old man from Milwaukee, according to Milwaukee Police Chief Alfonso Morales.

“Unfortunately, I am devastated to share that we lost five other members of our family in this tragic incident. There are no words to express the deep sadness many of us are feeling right now.” Hattersley said the office would be closed for the rest of the week and the brewery “shuttered for the time being” to give people time to cope and process this tragedy.

Two hours after the initial report of an active shooter the scene was chaotic. There was a live video of a police officer in body armor retrieving an assault rifle out of a car, and there were canines at the scene. Helicopters hovered around the Molson Coors campus.

Law enforcement has no known motive and the names of the victims have not been released.

“There were five individuals who went to work today, just like everybody goes to work, and they thought they were going to go to work, finish their day and return to their families. They didn’t — and tragically they never will,” stated Milwaukee Mayor Tom Barrett.

President Donald Trump addressed the shooting at an early evening press conference. He stated, “Our hearts break for them and their loved ones. We send our condolences. … It’s a terrible thing, terrible thing. So our hearts go out to the people of Wisconsin, and to the families.”

In a statement, Alderman Russell Stamper stated, “The vile and heinous deadly violence that was perpetrated at the brewery complex today has no place in our society and makes no sense.”

This shooting occurred just after the anniversary of a deadly shooting in Aurora, Illinois. That community held a special remembrance. On Friday, Feb. 15, 2019, an employee opened fire in the Henry Pratt manufacturing plant in Aurora. Five co-workers were killed, and six others were injured, including one worker and five policemen. After the 90-minute shootout, officers killed the gunman.

“The cold disregard for human lives and the lack of value for human life that was shown must be categorically denounced across Milwaukee, across Wisconsin, and throughout our nation,” Stamper stated.

James Boyles talked to the Journal Sentinel. He told them his wife, Lasonya Ragdales, works at Molson Coors in the claims department. She was told there was an active shooter and she locked herself in a room with her co-workers. She texted her husband from outside the building.
Emergency crews arrived on the scene from Milwaukee and West Allies along with officers from the Milwaukee County Sheriff’s Office, Marquette University Police, and the U.S. Marshals with the FBI and the Federal Bureau of Alcohol, Tobacco, Firearms, and Explosives.
Nearby schools were placed on lockdown.

Woodlands School called parents to tell them the school was on lockdown when it was pick-up time around 3:15 p.m. ET. Multiple parents circled the block waiting for the all-clear.

Andre Kimbrough stated that he could see a “stream of police cars,” and rescue vehicles. He was glad his son was safe inside the Woodlands School.

He told reporters, “I’m more worried about how they feel. They must be kind of freaking out.”

On Oct. 30, 2020, Molson Coors Beverage Co. made the announcement that they had plans to close an office in Denver and relocate hundreds of corporate support jobs to the Milwaukee office at 3939 W. Highland Boulevard.

There are 610 jobs in the brewery of the Milwaukee office. The corporate functions that are run out of that office include human resources, financing, and information technology. Additionally, the main brewery on West State Street and a smaller, recently expanded brewery together have 750 jobs.

The announcement about the restructuring was made last fall. The restructuring is designed to cut costs eliminating 400 to 500 jobs throughout Molson Coors. Additionally, consolidating will bring employees together in a centralized location to be able to work better together.

Sales at Molson Coors have been on a decline while facing steadily increasing competition from craft brewers, and other alcohol makers. The recent name change reflects their increased investment in cider, seltzer, and other alcoholic drinks.

Before the shooting on Wednesday, nationwide, there have been three mass shootings in 2020 with a total of 12 victims. In 2019, there were 44 mass killings with 224 victims in total. The Associated Press/USA TODAY/Northeastern University Mass Killings database keeps track of all homicides in the United States since 2006 that involves the killing of four or more people over a 24-hour period regardless of the weapon used, the location, victim-offender relationship or motive.

August 2012 was the last mass shooting in Milwaukee. White supremacist Wade Micahel Page shot and killed six people while wounding four others at a Sikh temple in suburban Oak Creek. Page also shot himself after he was wounded in a shootout with police. 2005 was the worst mass shooting in the area in the past 20 years. Seven people were killed and four were wounded during a church service in Brookfield, which is a suburb of Milwaukee. The shooter killed himself.