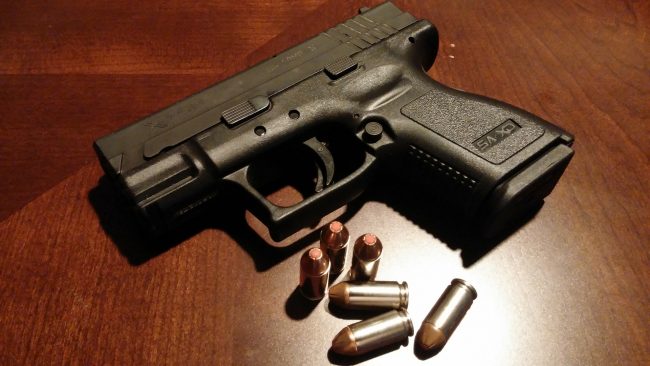 It is not unusual for weapon sales to increase during crises. Coronavirus fears have fueled a significantly high volume of firearm transfers during the latter half of the first quarter of 2020.

During an interview on March 17, 2020, the owner of Shooter’s Service Center in Portland, Oregon, reported a large uptick in sales since the coronavirus began. She believes this is definitely due to fears surrounding the virus. When asked if she was concerned about the ability to provide guns and ammunition, she resoundingly replied, “Yes.”

Several other interviews were quashed when gun dealers’ phones were answered by harried voices each indicating they were too busy to deal with reporters. In Las Vegas, Nevada, the Discount Gun Source’s phone was answered with a recording indicating they were so busy that they were not taking calls and referred the caller to their website.

With some gun shows canceling due to CDC recommendations, people are turning to their local firearms dealers, pawnshops, and sporting goods or department stores in droves. The owner of Ed’s Public Safety, who has been in business 27 years, explains the phenomenon: “I’ve never seen it like this. This is self-preservation. This is panic. This is I won’t be able to protect my family from the hordes and the walking dead.”

Dealers around America have expressed the same surprise. Even customers commented on the number of people buying guns and ammunition.

Some gun stores report an unusually high proportion of sales have been to first-time gun buyers, like 61- year-old Betsy Terrell and 29-year old Daniel Hill.

Terrell, a resident of Decatur, Georgia, told Time she finally decided to purchase the Glock 42 handgun after witnessing chaos at a local warehouse store where people were stockpiling necessities. She added the crime in metro Atlanta is terrible, and she is worried it will rise higher if the economy plummets. “It’s only now I’ve felt this overwhelming need to arm myself to protect myself.”

Last week Hill, from Charlotte, North Carolina, purchased two weapons: a 9-millimeter handgun and an AR-15. He expressed fear that the virus could lead to public unrest, looting, and robberies. He says all of the closures remind him of a zombie movie, and he thinks “that society just won’t have any sense of lawfulness anymore,” according to The New York Times.

FBI data indicates “just over 5.5 million background checks were conducted in January and February combined.” During the same time last year, the agency reported 1.3 million fewer inquiries. Since March 2020 is not over, there is no data to report yet.

The Colorado Bureau of Investigations (CBI) received 14,604 background check requests during the seven days between March 10 and 16. This reflects a 98 percent increase over the same timeframe last year of 7,357 applications.