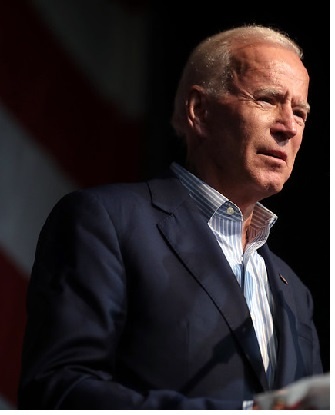 The Joe Biden comeback got a shot of electricity by one thing – personal endorsements. During election time, the patterns of how people follow a candidate are not complicated. It is about being able to relate and build trust. With the first step to persuasion being the ability to relate, we gravitate towards things that are familiar or issues we have an interest in when making important decisions. When you look at the issues a candidate stands for and find they relate to you on a personal level, you will probably relate better to that candidate.

So, what happens when we can relate to more than one candidate and cannot make up our minds on who to vote for. Enter the personal endorsement! Senator Jim Clyburn is the most recent example of how a “personal” endorsement can change the game. And that is exactly what happened. Just look at the results of the votes from the African American community in the south.

Most of the time, we hear a candidate’s name and will hear “backed by” a particular union or city police. That is no small feat but what we saw was an exchange of personal trust—which is something we have not seen in America much these days. It is one reason the 2016 election results came out the way they did. Trust was the number one issue. Most people did not trust the Democratic candidate. I heard it over and over from my family in the Midwest. We may not always agree, but they are a good thermometer on most national issues.

Joe Biden and Senator Clyburn have a relationship built on trust. The voters in South Carolina and the Super Tuesday southern states have trusted Senator Clyburn’s word. There was a spark, then the first gust of wind from Clyburn, then from Buttigieg and Klobuchar and now and the flame is lit, and the fire has taken off. I have been fascinated to watch the process I talk so much about the show itself as simple and history-changing results.

I feel strongly that when your audience has the “ability to relate” to your subject matter or cause and you take the time to build trust, you begin to build a relationship with your decision-maker(s). This is the first step to persuasion. I have seen this over and over again but never at this scale.

Also, it is hard when candidates begin the conversation with “I” will do this, and “I” will do that. One area where the Sanders campaign excels in terms of persuasive communications is his constant use of the word “we.” This word is a trust builder as we all like to be included. That is a natural human trait. And when he says “we” are in this together— 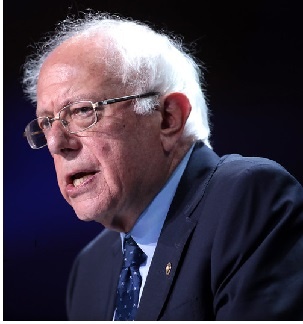 and you are someone who has student loan debt—boom, you can relate, and he has your trust by including you in the conversation. This is another persuasive moment that should not be dismissed. But the one thing this campaign is lacking is that personal endorsement that reaches far and wide.

The top two Democratic campaigns have the voting public split up based on their own belief systems, which is not unusual but this time around very interesting. One campaign is built on a “Revolution” of new ideas and one is built on “Results” that have been built on past history. It is not surprising when you look at the demographics. The definition of a revolution—a sudden, complete or marked change—is something that is attractive to a younger generation. But some people need more security and want change to come at a slower pace. The demographics of each of these campaigns is the perfect example of how each candidate understands their voters.

These questions will be answered in time, and it is likely going to be the candidate with the more effective persuasive communications strategy and endorsements who will come out on top.

Juliet Huck is the author of “The Equation of Persuasion”, and founder of the Academy of Persuasion e-learning series, Huck has blazed a trail in the uncharted territory of Persuasive Communications for 25 years. She has been retained by some of the nation’s most prestigious organizations, corporations, and law firms and has assisted in moving billion-dollar projects forward, securing billions of dollars in decisions through her proven process. From the Enron Litigation to a billion-dollar Exxon project, she has been involved in the strategic development and visual communications for some of the corporate world’s largest projects to date as well as the nation’s top high profile and high-dollar exposure litigation.