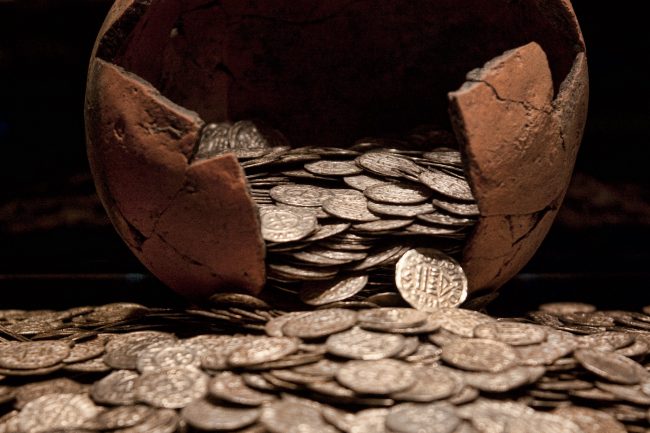 Practically the entire nation is seeking government assistance in some way to deal with the most significant economic crisis since the Great Depression. Seventeen million Americans have filed for unemployment in the last three weeks. The federal government has released a package of $2 trillion; billions are going directly to businesses of all sizes for payroll protections and individuals to cover income losses. From tax breaks, delayed loan payments, medical equipment, payroll assistance, and direct cash payments, the vast majority of the nation is leaning on the government to help get through this unprecedented time. The world has quickly changed and the government’s ubiquitous and critical role in our lives could not be more clear.

Before this crisis, 49 percent of the nation already received benefits from one or more government programs. Yet for decades, the nation has engaged in a relatively bi-partisan campaign to paint welfare recipients as lazy free-loaders who were a scourge on the national image. This class of citizens was heavily resented as their collective economic challenges were seen as burdensome to the greater society and largely self-afflicted. As I talk to many of my colleagues across various socioeconomic levels and political ideologies, the irony of this time is not lost on me. Almost everyone in America is on welfare now.

I’ve talked to Libertarians and free-market thinkers who are now at home waiting for their government checks to arrive. This should be no point of shame, however. In better times, these same people would proudly argue the merits of laissez-faire capitalism, suggesting that we are best served by the government getting out of our way. Unfortunately, in times of crisis, this position is untenable as the federal government has a role to play beyond what any other institution can do. The United States government has a $3.8 trillion yearly budget. There is no organization that can come close to matching its sheer size and resources. Consequently, it is uniquely qualified for mobilizing during a national crisis. While the 10th amendment of the U.S. Constitution allows states to have various powers including the power to conduct elections, run public schools, and control their own police forces. It is clear that their separate powers are inadequate in times of national crisis. For this reason, the Constitution includes the Supremacy Clause that allows the federal government to trump (no pun intended) state powers in times of crisis.

During the New Deal, FDR likened himself to a quarterback attempting a myriad of plays to see what would work. He recognized the critical role of the federal government in the lives of average citizens. He, rightfully, used his power to marshal national resources and save the nation from the brink of disaster. There was no stigma associated with receiving government aid during the Depression, nor should there be now. Dr. King famously said, “We all too often have socialism for the rich and rugged free market capitalism for the poor.” I was once jokingly reminded by a student that even the president lives in public housing and with billions of dollars in tax abatements, corporations may be America’s largest welfare queens.

The silver lining in our current crisis is that we can now remake our nation. The ideological battles about the role of government from two months ago now seem irrelevant. The coronavirus has put us all in the same boat: Temporarily in need of economic assistance. The Constitution clearly states that the government exists to promote the general welfare of its citizens. Will America rise to the occasion by doing just that, not only temporarily, but for future generations? We have been given a once in a generation chance to reevaluate our priorities and create the society we want.

As a person of faith, I am reminded that the Bible describes God as a “present help in times of trouble.” The essence of spiritual life is the acknowledgment of dependence, a need for the divine. Likewise, we all have periods in our lives in which we require physical assistance. Our humanity guarantees this. Therefore admitting this truth is not a weakness, but rather realism. Maybe this crisis will help the nation to finally abandon the ridiculous mantra of “picking yourself up by your bootstraps.” Maybe we will learn from the antithetical South African mantra of “ubuntu,” which means “I am because we are.” Maybe this will push us toward a more holistic, sensible, and benevolent set of public policies that prevent us from facing this kind of massive economic crisis again. If our collective challenges can create the humility necessary for change, then we will be a better nation than before the virus hit.

Bureau of Labor Statistics: The Unemployment Situation – March 2020
The New York Times: F.A.Q. on Stimulus Checks, Unemployment and the Coronavirus Plan
Whitehouse.gov: Assuming the Presidency at the depth of the Great Depression as our 32nd President (1933-1945), Franklin D. Roosevelt helped the American people regain faith in themselves.