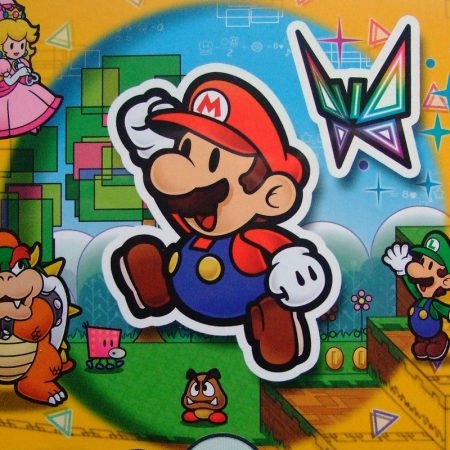 “Paper Mario: The Origami King” will be released for Nintendo Switch on July 17, 2020.

The game is a brand new adventure. Mario and his friend Olivia team up with unlikely allies such as the Toads and Bowser to battle the evil Folded Soldiers.

The story unfolds after Princess Peach invites Mario and Luigi to the kingdom’s origami festival. When they arrive the brothers notice that Princess Peach “looks a bit more…papery than usual.” The claimed ruler of Origami Kingdom, King Olly, has developed a devious plan that only Mario and his friends and solve and stop.

The heroes in “Paper Mario: The Origami King” will have new abilities, including “the 1,000-Fold Arms ability that will allow players to extend Mario’s arms to interact with the environment and solve puzzles.”

Additionally, there is a new ring-based battle system that will require quick wit and puzzle-solving skills.

Nick Chavez, Nintendo of America’s Senior Vice President of Sales and Marketing, says, “This game marks the debut of the Paper Mario series on Nintendo Switch, expanding the vast library of games with another standout entry in a beloved franchise.”

“Paper Mario: The Origami King” may be the first game that will help celebrate the 35th anniversary of Super Mario Bros. If reports are true, this anniversary will see the release of many remastered Mario games, including “Super Mario 64,” “Super Mario Sunshine,” and “Super Mario Galaxy.”