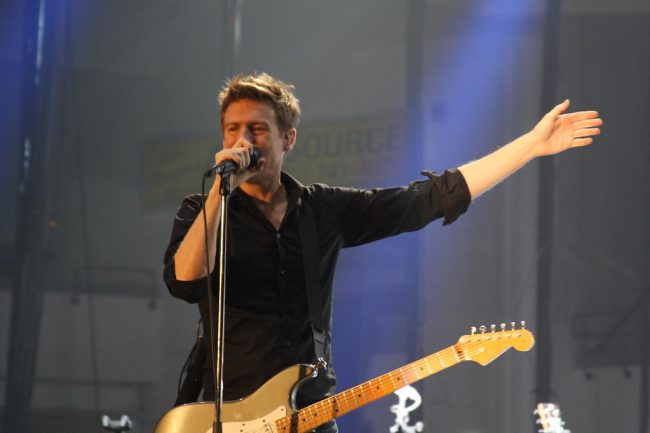 On Monday, May 11, 2020, singer Brian Adams, decided to post some slightly racist remarks on social media. Due to COVID-19, quarantines and “stay at home” orders have been instituted to stave off the virus. Many places where people could gather, for example, amusement parks, malls, carnivals, and concerts have postponed, canceled, or closed. With that being said, many people, including celebrities, are beginning to feel the effects of social distancing.

Adams is one of those people who is ready for the world to get back to “normal.” He posted a clip of him singing “Cuts Like A Knife,” onto his Instagram account. Then Adams captioned the clip with, “Tonight was supposed to be the beginning of a tenancy of gigs @royalalberthall…. Thanks to some f*#%ing bat eating, wet market animal selling, greedy bastards, the whole world is now on hold.”

He continues on to say that many people have either “suffered or died” from COVID-19. Adams mentions that they (those whom he was referring to) should go vegan. The irate singer says he has enjoyed spending time with his family, however, he is ready to get back to his band and fans. He closes with a message for everyone to stay safe and hopefully soon he will be on tour again. Until then he plans on posting clips of the songs he was planning on performing.

Where Did That Come From?

Adams’s tirade seems to stem from the theories that COVID-19 originated from someone eating a bat in China. His post has infuriated and shocked many people. Tweets from all over the world have been popping up about the situation. One person called Adams “SUPER super racist.” Others believe that he is blaming the Chinese for his “lack of income.”

Horrified fans are now contemplating how they feel about Adams, and whether or not they shall be continuing to enjoy his music. Of course, there are those who believe that Adams deserves a break. One person stated that Adams was only posting what the majority of people feel.

The Singer Is Sorry

Adams has since apologized for his post. He said that he did not mean to offend anyone by what he wrote. The singer stated he only wanted to “rant about” the cruelty the animals endure in the wet-markets, where COVID-19 may have started. He also wanted to promote his love for veganism. Adams goes on to say that he loves everyone and is thinking of everyone who is dealing with this pandemic.

Adams is not the only celebrity to voice their opinion about people eating bats. Last month, Paul McCartney made a similar comment to Howard Stern. McCartney believes eating bats is a “tad bit medieval.” Of course, there is no excuse for Adams’s comment, no matter what the context was supposed to be.

A recent study shows there has been a rise in derogatory remarks about the Chinese being used online. People need to remember what they say, write, and post online is viewed by millions. It is a great idea to fully think about what the message is they want to relay.