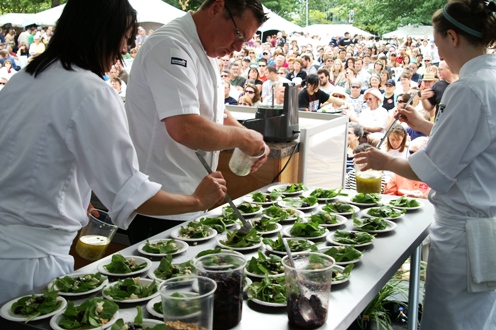 Bite of Oregon, an annual food festival held in Portland, is preparing to wow gourmands August 8-10, 2014 by offering attendees the most infamous edibles that the state has to offer. If the turnout is anything like the festival has seen in the past, there will be a line along the waterfront of people anxiously awaiting […]

Wyoming Town for Sale for $1.5 Million

The entire town of Aladdin, Wyoming is on sale for $1.5 million. The sale will include 30 acres and 15 buildings. In 1986, Rick and Judy Brengle purchased Aladdin. Their kids had gone to college and the couple didn’t know how to spend their free time, so they bought a town. However, they have decided […]

NASA scientists recently revealed that particles from a sun storm on July 23, 2012 almost struck the Earth but the planet was saved by a mere week’s rotation. It was a near miss. Had the solar flare occurred just one week earlier, it would have been directly facing the Earth rather than off to the […]