Among the visa categories issued by the U.S., the category of H4 visas will potentially undergo an overhaul in the immigration law changes proposed this year. In its commitment to attract and retain skilled laborers, the Department of Homeland Security (DHS) has proposed extending work authorizations to spouses of highly-skilled immigrants. H4 visa holders, also referred […]

By Nilofar Neemuchwala on September 3, 2014   Technology

The Facebook Messenger for mobile devices has caused outrage among users regarding concern for their privacy settings. In their defense, the social network claims it will give the user increased control over the settings. Now anyone who attempts to access the “Chat with Friends” feature on their cellular device is greeted with the message “We’ve […] 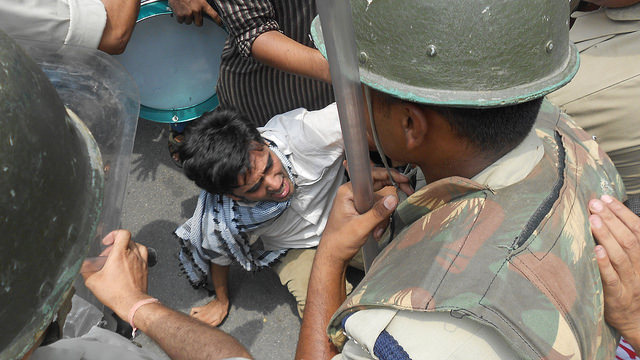 In this past month, there has been a meteoric increase in reported cases of police brutality in India. While tormenting criminals for confessions of their crimes is not an uncommon practice, the Indian public is increasingly concerned about unlawful arrests and physical beatings of innocent civilians. Latest is the caning of six people in Indore, […]