Jets Could Not Fly Over the Buffalo Bills for Second Place 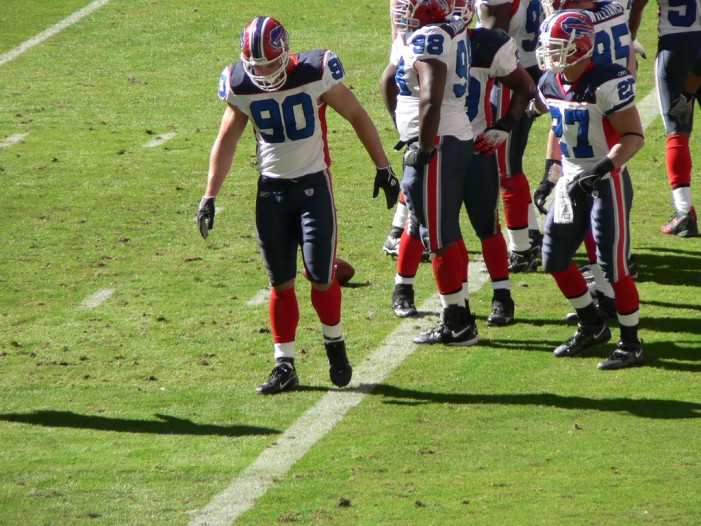 The New York Jets tried but could not fly over the Buffalo Bills and landed in second place on Thursday, Nov. 12. Rex Ryan’s Buffalo Bills triumphed during his return to the Meadowlands and embarrassed Todd Bowels, who made some very questionable mistakes. The Bills came out strong with starting running back LeSean McCoy, who had been listed as questionable to play on Wednesday’s injury […]

The Buffalo Bills just started their off-season, yet already it has been unusually active. The organization had an up and down, bittersweet season this year, although they did wind up with a winning record. They clinched it by getting their first ever victory at New England’s Gillette Stadium in the season finale, after losing in their previous dozen attempts […]

After over five feet of snow fell in the Buffalo area last weekend, with two to three more feet on the way, New York Governor Andrew Cuomo says Sunday’s Buffalo Bills game is impractical. The governor cast doubt on whether the game should go on because there would not be enough emergency personnel available to […]