Carmelo Anthony officially announced he would become a free agent last month. He began his free agency tour in Chicago on Tuesday. Carmelo is still looking to travel to Houston, Dallas and Los Angeles to determine which jersey he will be wearing in this upcoming season. On Tuesday though, the Chicago Bulls franchise welcomed Carmelo […]

There’s no surprise that Carmelo Anthony rumors are swirling. The seven-time All-Star has the ability to opt out of the final year of his contract this offseason. Given the dismally dysfunctional season that the Knicks are currently having, there is a good possibility that Anthony will do just that. New York was once his first […] 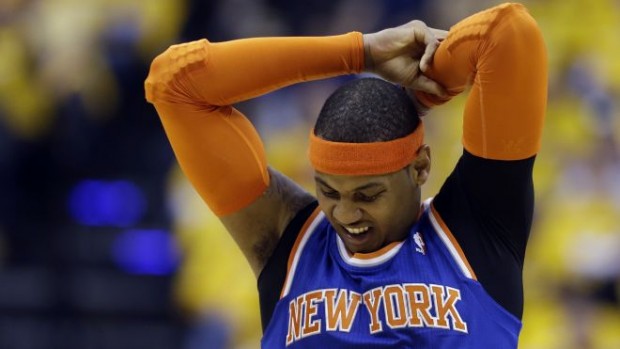 For the Atlanta Hawks the question going into Saturday’s game was, how do you snap an 8 game losing Streak? They found the answer. Simply play the New York Knicks. When the Hawks, who trailed for most of the game, finally took the lead, all Carmelo could do was shake his head in frustration again. […]