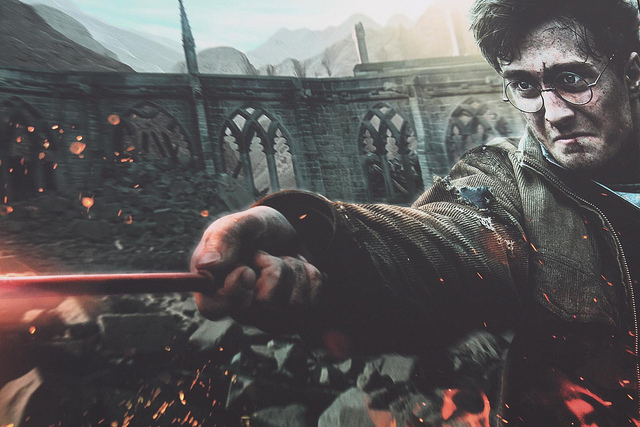 Daniel Radcliffe has stated that he will never wear glasses again, at least not ones that resemble the round-lenses type he wore in the Harry Potter movies. In an interview with MTV, Radcliffe said he would wear contact lenses or possibly glasses with unusual frames “like triangular glasses or something just to really put some […]

It seems that Daniel Radcliffe can do justice to just about any role, and starring in Horns is no exception, where he literally sports horns in the newest of horror films coming out this Halloween. The Harry Potter actor steps out wearing his dark side and sporting horns in his new movie in which he […]

Wise as a Wizard – Daniel Radcliffe’s Advice to Fellow Artists

By Kate Henderson on November 21, 2013   Entertainment

Perhaps it was starting so young in the industry that gave him a head-start, but boy wizard Daniel Radcliffe, famed for his portrayal of Harry Potter, has wise advice for his fellow artists. Along the lines of “If you don’t like the heat get out of the kitchen” Radcliffe tells media-phobic moaners to get off […]