The Oakland Athletics are holding their first ever LGBT Pride night on June 17, 2015. Unfortunately, not everyone was happy with this announcement and some season ticket holders have said that they would be selling their tickets to the game, which is against the San Diego Padres. Enter Oakland pitcher, Sean Doolittle and his girlfriend […]

Oakland Raiders Look to Matt Schaub as the Answer

The Oakland Raiders have had a tough twelve years, because that’s how long it’s been since they made the playoffs, let alone a winning season. They are a combined 8-24 the past two seasons and were 8-8 in 2010 and 2011. Their most dangerous weapon, Darren McFadden, has played in seven, 12 and 10 games […] 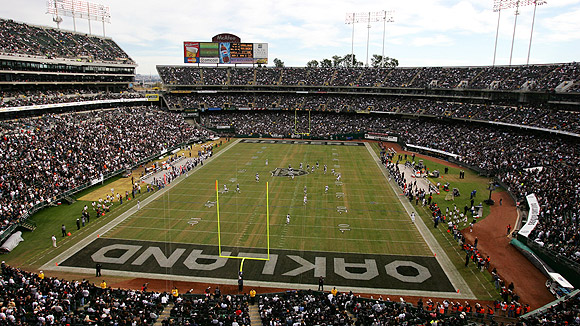 Oakland Coliseum was the scene of a near death experience for a woman today. Officials said that a woman jumped from the third deck of the stadium down to the second deck, and were it not for aman who shielded her fall with his body, many are certain the woman would not have survived. According […]