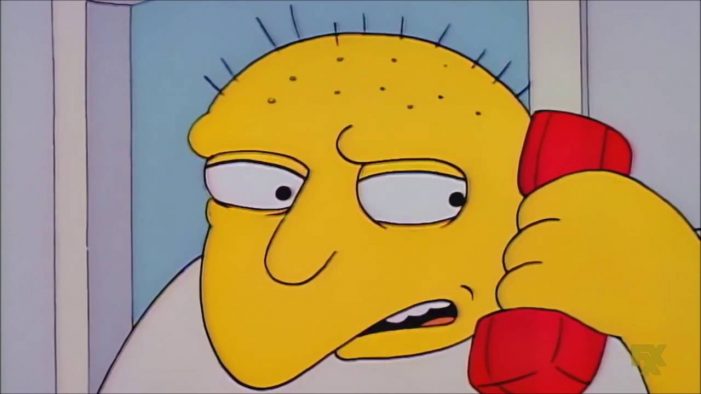 The Wall Street Journal reports in light of the recent “Leaving Netherland” Michael Jackson documentary, “The Simpsons” pulled a classic 1991 episode entitled “Stark Raving Dad” which featured Michael Jackson voicing Leon Kompowsky, who was another patient Homer Simpson meets while locked up in a mental institution who claims he is the actual singer. The […]

Harry Shearer of ‘Simpsons’ Might Not Leave After All

Harry Shearer, perhaps the most famous voice actor of characters from The Simpsons, appeared to have decided not to accept the current contract that producers of the Fox animated series had offered him; however, the latest news is that if certain contractual details are worked out, he might not be leaving, after all. The Emmy […]

Matt Groening, creator of both The Simpsons and Futurama, has revealed that the long-running yellow family will be receiving a visit from the future dwellers soon. Both shows have seen high levels of success with their individual styles of comedy and wide cast of characters. These two properties are no strangers to one another and have crossed […]