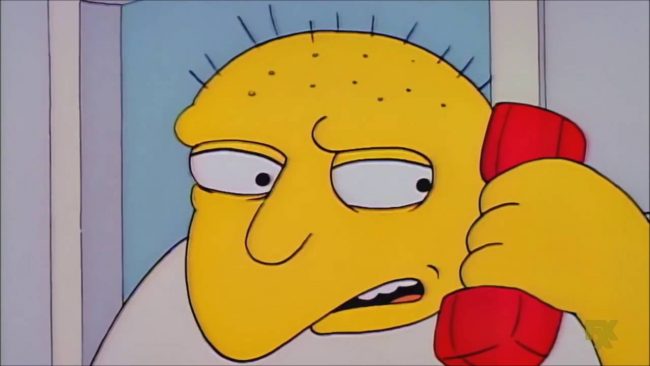 The Wall Street Journal reports in light of the recent “Leaving Netherland” Michael Jackson documentary, “The Simpsons” pulled a classic 1991 episode entitled “Stark Raving Dad” which featured Michael Jackson voicing Leon Kompowsky, who was another patient Homer Simpson meets while locked up in a mental institution who claims he is the actual singer.

The episode was extremely popular, and Jackson could be heard singing a song to Lisa Simpson for her birthday.

James L. Brook, “The Simpsons” executive producer, told The Washington Journal it was the right decision to make after the HBO documentary aired. The entire staff felt it was the right choice.

“Leaving Neverland” discusses the allegations of Wade Robson and James Safechuck who say, Jackson sexually abused them when they were children.

Kiesha @Bubs_27 said that she would never watch another episode of The Simpsons.

Other fans agreed with “The Simpsons” with their decision to pull the episode.

On Fan said that he understood why they did it, but it was horrible that they had to do it.

Brook added the Michael Jackson episode was extraordinary, and there are many fantastic memories. However, the new allegations do not permit those memories to remain.