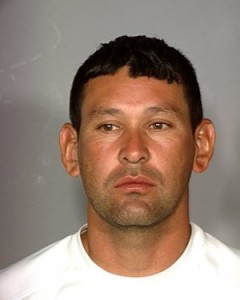 “ I loved the boy victim  would never hurt him,”

These were the horrific — not to mention ironic — words of Marvin Juarez, 35, who was arrested Sunday on four counts of sexual assault with a victim under 14, one count of unlawful contact with a child and 11 counts of lewdness with a minor under 14, according to an arrest report released Tuesday.

A 13-year-old boy told his mother that Juarez, his soccer coach for Atleticos Club Las Vegas, sexually assaulted him Saturday after practice, the report states.

Police located Juarez Sunday and transported him for questioning to Metro’s headquarters, where he claimed he was a victim of sexual abuse as a child in El Salvador, the report said.

Investigators suspect there may be other victims in the Las Vegas area, Metro spokesman Bill Cassell said. Juarez coached soccer in a primarily Hispanic community for teams with boys 12 to 15 years old, he said.

“This guy had access to children,” Cassell said. “He had a victim pool for between one and two years.”

Police encourage any other victims to come forward, regardless of immigration status, Cassell said.

The situation, he said, also underscores the need for constant communication between parents and children.

“This came about because a child had the confidence to tell a parent what had happened,” he said.