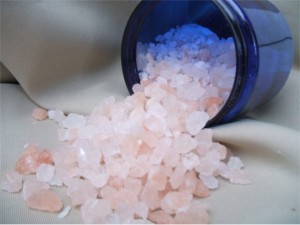 These man-made, synthetic new stimulant drugs create a poisonous combination that mimics the worst pooled toxic and lethal effects of LSD, coke and meth. They cause horrendous delusions, dangerous paranoia, hallucinations, agitation and behavior so violent that it can cause serious harm to the users and others, and this violence has now been described nationwide.  They can be inhaled, eaten or injected, and medically, they cause rapid heart rate and high blood pressure.

These drugs are another testimonial to the failure of our drug war. The cartels can easily afford to hire pharmacologists and pay them much more than legitimate pharmaceutical manufacturers to develop new addictive drugs because their profit is so huge. And our drug war gives them a distribution system in place with our millions of drugs dealers.
The American Association of Poison Control Centers received 304 calls in 2010 about these new substances and in one year, that number skyrocketed 20 times to 6,138 and this is accompanied by more deaths. And you absolutely cannot die from marijuana! Isn’t it time to control and tax mother nature’s natural herb, get rid of the dealers and end the profit motive and deaths caused by the cartels?

The DEA after their decades of huge success in our drug war (LOL) and squandering hundreds of billions of dollars, declared an emergency ban last October on their three common ingredients and Congress is deciding if they should create a permanent prohibition. We all know how successful our drug war has been in keeping other dangerous and addictive drugs off our streets. Maybe it’s time for Congress to accept that alcohol Prohibition never worked and they cannot legislate or control drug use. They must end the drug war. Only control and taxation will ever stop this deadly calamity.