Facebook Looking at Allowing Kids Under 13 to Join: Some Worry of Increased Risk of Cyber Bullying 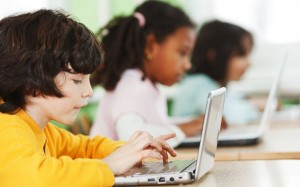 Millions of kids worldwide may soon be able to join the world’s number one social networking site without having to lie about their ages. Facebook is looking to expand its vast social network by allowing kids under the age of 13 to join.

In a statement, Facebook noted that “many recent reports have highlighted just how difficult it is to enforce age restrictions on the Internet, especially when parents want their children to access online content and services.”

A few of the options the company is looking at include connecting children’s accounts to their parents’ and giving parents control over whom their kids can friend and what applications they can use.

Facebook’s terms of service currently require users to be at least 13 years old. Federal law requires companies to obtain parental consent if they want to collect information about these kids. This hasn’t stopped pre-teens from joining.

According to a Consumer Reports’ State of the Net survey, of the 20 million minors who actively used Facebook last year, 7.5 million of them were younger than 13. Among this group, more than 5 million were 10 and under.

“We are in continuous dialogue with stakeholders, regulators and other policymakers about how best to help parents keep their kids safe in an evolving online environment,” Facebook said in a statement.

The announcement was made just weeks after Facebook’s stock began trading publicly. The stock is down 31 percent from its initial public offering price of $38. So allowing kids to legally join the site may help with revenue since advertisers are constantly looking to target younger consumers.

But Ivet Santiago, executive director of Nevada Child Seekers, is more concerned that allowing these kids to access the social network can make them more vulnerable to predators and cyber bullying.

“In my opinion, I don’t believe that children under 13 should have access to Facebook, unless Facebook is going to do their part in making sure they set up appropriate privacy settings where parents will have access to monitor their children’s Facebook,” says Santiago, whose non-profit organization is dedicated to locating missing children in Nevada and providing Internet Safety programs for parents and kids.

“A lot of our children, especially with bullying, it starts behind the computer,” says Santiago. “So they are more vulnerable…just how these kids are lying about their age, the 7.5 (million), we also have folks that are lying and pretending that they’re somebody that they’re not. That’s what these type of sites allow folks to do now-a-days, is to create their own identity and pose as somebody that they’re not, so that’s the dangerous component to it.”Santiago strongly encourages parents and children to sign up for Internet safety programs, such as NetSmartz – a program co-run by Nevada Child Seekers and developed by the National Center for Missing & Exploited Children – to help further protect children from online exploitation and bullying.

4 Responses to "Facebook Looking at Allowing Kids Under 13 to Join: Some Worry of Increased Risk of Cyber Bullying"