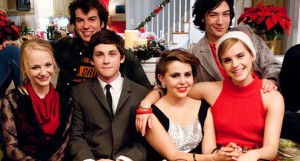 Judging from most sources and reports, the movie “The Perks of Being a Wallflower” will live up to its lauded expectations. The story, written by American novelist Stephen Chbosky, is narrated in the second person by a 15-year-old teenager that goes by the name of Charlie who writes a series of letters to an anonymous friend. Charlie is quite a sensitive introvert that had episodes of depression stemming from being sexually abused by his aunt when he was a child.

In its opening, Charlie has just entered his freshman year of high school. Shortly before the beginning of his first semester, Charlie’s best friend committed suicide, thus leaving Charlie to experience secondary education alone. In the weeks ahead, Charlie meets Samantha (Sam, played by “Harry Potter” fame Emma Watson) and her gay charismatic stepbrother Patrick. During their friendship, Sam, her stepbrother and their friends introduce Charlie to their promiscuous lifestyle where drugs are easy to get and use, music and musical artists. In the mist of exploring the wilder elements of life, Charlie finds a platform for self-expression through books and poetry that his English teacher Bill introduces him to.

In the end, Charlie realizes that he is in love with Sam, but when the moment arose for a sexual encounter, Charlie indicates that he is not yet ready. Eventually Sam, leaves Charlie alone to head for college, causing Charlie to have a nervous breakdown.

Critics of the Chbosky’s work have been somewhat harsh, but the story seems to resonate with Charlie’s intended audience.

This movie has been long-anticipated, and I would bet that its intended audience will not be disappointed, and they will want to see more of this kind of real unfocused genre produced in the future.

It probably helps that Emma Watson was cast in role of Samantha, if for no other reason than she attracts a more inclusive audience and aroused the imagination of young boys worldwide.