By DiMarkco Chandler on October 26, 20123 Comments

Is Romney Lying to Us? 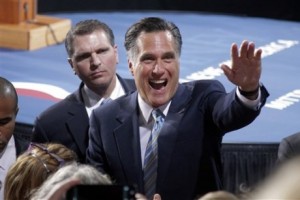 In August the “Tax Policy Center”, a Washington based non-profit organization that supplies detailed tax analyses, began a study and then issued a report that says Romney’s tax plan would cut taxes for the wealthy, and raise them on the rest. They said there was no way Romney could keep all his promises, the end result would be as Mr. Obama claimed in the debates. The math just doesn’t add up.

Romney’s response was that the center had performed a “garbage in, garbage out analysis”. His campaign strategists claim the study was partisan.

The Tax Policy Center’s response ranged from irritation to outrage. The Center is composed of experts in their economic field, as well as former presidential administration financial advisors, both democrat and republican. They allow no outside input into their studies.

Martin A. Sullivan, the chief economist and contributing editor at Tax Analysts, a specialty publisher said, “What they’re doing is just making the best computations available” for others to interpret.

Researchers including Martin Feldstein of Harvard and Harvey S. Rosen of Princeton have argued that Mr. Romney’s tax math might work if he raised taxes on families making more than $100,000 a year — not $200,000 to $250,000 a year, as he currently promises.

“Reasonable economists disagree on” the growth effects of plans like Mr. Romney’s, said Alan J. Auerbach, a tax expert at the University of California, Berkeley, who added that he did not see the math working out as currently described. “It matters a lot what kind of reductions you’re making or how you’re paying for tax cuts.”

Bottom line, Romney cannot do what he says, including creating 12 million jobs. Where would they come from?