Ocean Acidification is Killing Shellfish, Commercial Fishing Industry May Be Next 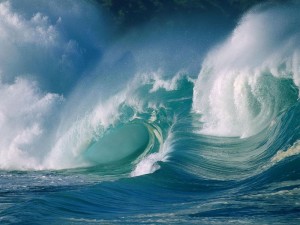 The Worlds Ocean’s are changing, and not for the better.

In testimony presented before the U.S. House of Representatives, Committee on Science and Technology, Subcommittee on Energy and Environment, Dr. Richard Feely, PHD, Senior Scientist at the Pacific Marine Environmental Laboratory of the National Oceanic and Atmospheric Administration (NOAA) in Seattle, WA, testified in regards to observed oceanic acidification, the effects of this on oceanic marine life, and the potentially related economic impacts.

The CO2 concentrations currently in our atmosphere are now greater than at any time within the last 800,000 years, and will continue to rise and contribute to a significant increase in Global Warming.

In the last 250 years, carbon dioxide emissions worldwide have increased the atmospheric concentration of CO2 from 280 parts per million (ppm) to roughly 392 ppm, an increase of 40%. All this from our overall advancement as a society and the industrial revolution, and the release of greenhouse gases (CO2) over this time frame.

Our fragile oceans have absorbed more than 500 billion tons of CO2 from the air we breathe, and this is fully 33% of all released CO2 emissions over that length of time.

This is the Earth’s natural response to the over-production of CO2 gases, and has substantially reduced the greenhouse gas levels on the Earth, while mitigating the magnitude of the Global Warming of our planet thus far. Our oceans act as one big filter for our planet, but how much more can it stand?

What effect is all this CO2 having on the World’s ocean’s? 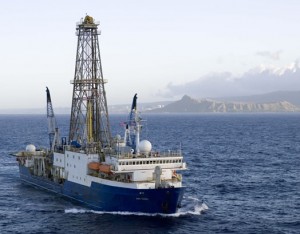 Over acidification, that’s what. And it’s harming our sea life on a grand scale. Chemical changes in oceanic seawater resulting from retention of carbon dioxide molecules are increasing the acidity of the Worlds ocean’s and lowering its pH level.

Sea water, like all liquids has a pH level. pH is a measurement of the solvated hydrogen ion. Remember water is chemically termed H2O, meaning 2 parts hydrogen, 1 part oxygen. The standard pH for pure water is 7.0, and a pH higher than 7 indicates alkaline or basic pH, and a pH lower than 7.0 indicates an acidic solution. The pH standard for sea water is 7.5 to 8.4. this large swing in the pH level of sea water has to do with the differing chemical composition of sea water from different areas of the Worlds oceans. pH measurements are based on logarithms, similar to the Richter scale. That being said, a 0.1 unit decrease in sea water pH levels indicates a 25% increase in the acidity of that sea water.

Scientists have indicated that the overall pH of our ocean’s surface sea water has decreased 0.1 since the industrial revolution began, from an average of 8.2 down to 8.1, therefore demonstrating a 25% increase in acidic content.

Coral reefs rely on calcium carbonate for re-enforcement of the skeletal structure of the reef itself, and there is evidence that these coral reefs may erode faster than they can be rebuilt. Coral reefs are an ecosystem all unto themselves, as many species of fish and aquatic life dependent of the reef for life will be affected by the reefs demise.

Recent findings suggest that the calcium carbonate cementation process that serves to bind the reef framework together may be eroded by thermal stress, diseases, storms, and rising sea level. In CO2 enriched waters around the Galapagos Islands, reef structures were completely eroded to rubble and sand in less than 10 years following the 1982–83 El Niño event. 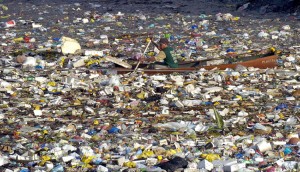 This acidic sea water is affecting fish and shellfish and their food sources as well. Commercially important fish and shellfish have extremely high mortality rates when exposed to CO2 enriched waters. King crab, squid, silver seabream, sea urchins and mussels, all show ill effects and an inability to maintain their internal acid balance because of the increased acid of the sea water. It puts these commercially valuable marine species in jeopardy for extinction.

The potential economic impact from this happening is one that could resonate throughout the entire commercial fishing industry Worldwide.

The United States is the third largest consumer of seafood in the world with total consumer spending for fish and shellfish at around $70 billion per year. Coastal and marine commercial fishing generates over $35 billion per year and employ almost 70,000 people.

Dr. Richard Feely, PHD, Senior Scientist at the Pacific Marine Environmental Laboratory of the National Oceanic and Atmospheric Administration, said in his testimony before Congress, “Healthy coral reefs are the foundation of many viable fisheries, as well as the source of jobs and businesses related to tourism and recreation. Increased ocean acidification may directly or indirectly influence the fish stocks because of large-scale changes in the local ecosystem dynamics.” adding, “It may also cause the dissolution of the newly discovered deepwater corals in the West Coast and Alaskan Aleutian Island regions, where many commercially important fish species in this region depend on this particular habitat for their survival.”

“In the Florida Keys alone, coral reefs attract more than $1.2 billion in tourism annually. In Hawaii, reef-related tourism and fishing generate $360 million per year, and their overall worth has been estimated at close to $10 billion. In addition to sustaining commercial fisheries, tourism, and recreation, coral reefs also provide vital protection to coastal areas that are vulnerable to storm surges and tsunamis.”

In his closing statement, Dr. Feely stated in part, ” Ocean acidification is caused by the buildup of carbon dioxide and other acidic compounds in the atmosphere and is expected to have significant impacts on marine ecosystems. Results from laboratory, field and modeling studies, as well as evidence from the geological record, clearly indicate that marine ecosystems are highly susceptible to the increases in oceanic CO2 and the corresponding decreases in pH. Because of the very clear potential for ocean-wide impacts of ocean acidification at all levels of the marine ecosystem, from the tiniest phytoplankton to zooplankton to fish and shellfish, we can expect to see significant impacts that are of immense importance to humankind. Ocean acidification is an emerging scientific issue and much research is needed before the breadth and magnitude of ecosystems’ responses are well understood. However, to the limit that the scientific community understands this issue right now, the potential for environmental, economic and societal risk is quite high, hence demanding serious and immediate attention.”

It would appear the Mother Earth has built in controls for when the age of man intrudes on her sensibilities. Global Warming, the greenhouse gas effect and the Industrial Revolution have taken its toll on the Planet, and the time is now for us to halt this dangerous progression, before it’s too late.

Article by Jim Donahue    Back to Home Page.

Ocean Acidification is Killing Shellfish, Commercial Fishing Industry May Be Next added by Jim Donahue on November 27, 2012
View all posts by Jim Donahue →

5 Responses to "Ocean Acidification is Killing Shellfish, Commercial Fishing Industry May Be Next"