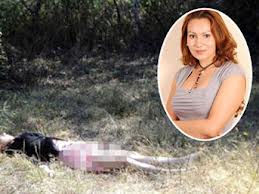 The former mayor of the municipality of Tiquicheo, Michoacan, Dr. Maria Santos Gorrostieta was found brutally murdered five days after she was reported missing by family members.  Dr. Gorrostieta had been mayor of the town’s 13,500 plus residents from 2008 until 2011, and had survived two previous assassination attempts on her life.

In October of 2009, in an attack that killed her then husband, the former mayor was shot at least seven times.  Subsequent to that attack, three months later another gang opened fire on her brother’s car, wounding her while she was in the passenger seat.  Dr. Gorrostieta later appeared in publicized photos showing her wounds announcing in a local newsletter, “I wanted to show you my wounded, mutilated body,” she wrote, “because I’m not ashamed of it. It’s living testimony that I am a strong and righteous woman, and despite my wounds, I’m still on my feet.” (telegraph.co.uk)

Michoacan is a hotspot of activity for poppy fields, marijuana crops, cocaine shipments from South America, and regularly receives shipments of chemicals from Asia known as ingredients for manufacturing methamphetamines.  Naturally, this brings in the Mexican drug cartels as major players to the area.

Still, the young doctor claimed she had no issue with the drug lords in Mexico.  Her focus was on her community and social services in the area; she wanted to improve conditions for her people.  She was known as a local hero for standing up to the bullying drug kingpins and not backing down.

Dr. Gorrostieta was kidnapped in front of her young daughter on November 12 as she drove her to school; she was ripped from the vehicle and

beaten up in front of full view of passersby.  The doctor plead for the life of her daughter and asked her to be allowed to go free, the child was left alone, but the former mayor was taken away and reported missing.

According to a published report, her second husband, Nereo Delgado Patinoran, was abducted as well and is still missing.  (news.com.au)

The 36 year-old doctor’s body was found November 17 by field workers; “Dr. Gorrostieta was killed by a blow to the head. But she had also been stabbed, her legs and hands had been bound and her waist and chest were covered in burns, suggesting she had been tortured.” (news.com.au)

The war on drugs in Mexico is a power struggle between corrupt politicians, high-powered drug lords, well-meaning government officials, and the innocent.  It has been highly publicized that more than 50,000 people have been brutally murdered and tortured, many of the beheaded and strewn about for public display, since 2006.

If the drug lords were able to keep the gang rivalry to themselves and simply snuff each other out, maybe that would be the solution to the problem, each day there would be fewer and fewer of them.  However, just as in opposing gangs looking to protect their turf, stray bullets fly, bombs explode, and tempers flare; in April of 2012, a piece written in the Houston Chronicle indicated the numbers of Americans killed in

Mexico was on the rise.

So, until the government is able to gain control of their country, Mexico is off of the vacation destination for me.  Canada, eh?