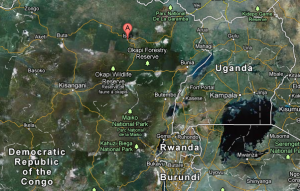 A new outbreak of the deadly ebola virus has hit Uganda once again.

Sources in the Uganda Health Ministry confirmed today that 2 more people had died from the uncurable disease, both from the same family, in the small town of Luweero, a mere 35 miles Northwest of the capital city, Kampala.

A third man has also died in Luweero last month, but no cultures were taken and the incident had not been reported properly to Ugandan Health Ministry Officials.

There had been no reported outbreaks since August of this year, with 17 known deadly cases reported in July.

The Ebola virus is a member of the filoviridae family of viral infections. Marburg was first recognized in 1967 as causing an outbreak among staff at a laboratory in Marburg, Germany, as a result of handling a recently arrived shipment of African green monkeys from Uganda. There were also cases in the former Yugoslavia as a result of exposure to monkeys from the same shipment. The next outbreaks were of Ebola virus infection. These occurred in southern Sudan and in what was then Zaire in 1976; despite the similar temporal occurrence these outbreaks were caused by different strains of the same virus. Subsequently there have been outbreaks in Sudan, Gabon, Cote d’lvoire and aire. There were also outbreaks of disease in non-human primates.

No reservoir has been identified for filo virus infection, though it is likely to be an animal. Chimpanzees and a range of monkey species die of the disease and so are not the reservoir. The average incubation period in one outbreak was 7 days. During the 7 months of the outbreak 80% died, with a decline in mortality over the 7 months. The mean duration from onset of disease to death was 10 days. A quarter of all the cases were healthcare workers and this was largely due to contact with blood and body fluids. Reuse of contaminated needles and instruments and not wearing gloves for procedures were also factors innosocomial transmission. Direct contact with body fluids from patients and with the bodies of dead patients were additional factors in transmission. Aerosol transmission was not thought to be a major factor. Subclinical infection is very uncommon. Seropositivity rates were only 2% in the nearby town and 9% in surrounding villages.

Three manifestations present relatively early in the course are conjunctival injection, a maculopapular rash, and sore throat with marked pain on swallowing. Severe muscle pain is often present. The rash appeared towards the end of the first week on flanks and in inguinal and axillary regions, then rapidly spread to cover the whole body apart from the face over hours. This is evident on white skins but not on black skins. Bleeding from mucosae and puncture sites, anuria, hiccup and tachypnoea were features indicating that death was likely in days, with defervescence over the last 2 days before death. Fever, asthenia, nausea, vomiting and diarrhea – often dysenteric – and headache were additional common symptoms.

Intense viraemia is the rule in cases, and so antigen detection using ELISA-based technology is the most valuable diagnostic technique, particularly when processing large numbers of samples. Serology, PCR and virus isolation are other methods for diagnosis. 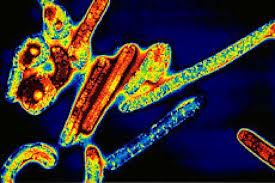 This is essentially supportive. Paracetamol and not aspirin should be used as antipyretic. Fluid intake and nutrition should be maintained and blood transfusion given where there is anaemia. In an endemic situation there may be very little that can be offered, and the major efforts need to go into protecting healthcare workers and family members from infection by caring for cases in hospital with strict barrier nursing precautions and attention to disinfection. No antiviral agents are effective in this infection.

This new data supports the claim that diseases of unknown origin may be spreading throughout the Continent of Africa. Africa’s status as a Continent of Third world Countries will never cease until they institute sanitary plumbing measures Continent wide. There are two very simple ways to eliminate these types of diseases, and Africans have been slow to catch on.

Wash your hands frequently and don’t use open water sources for your daily bodily functions.